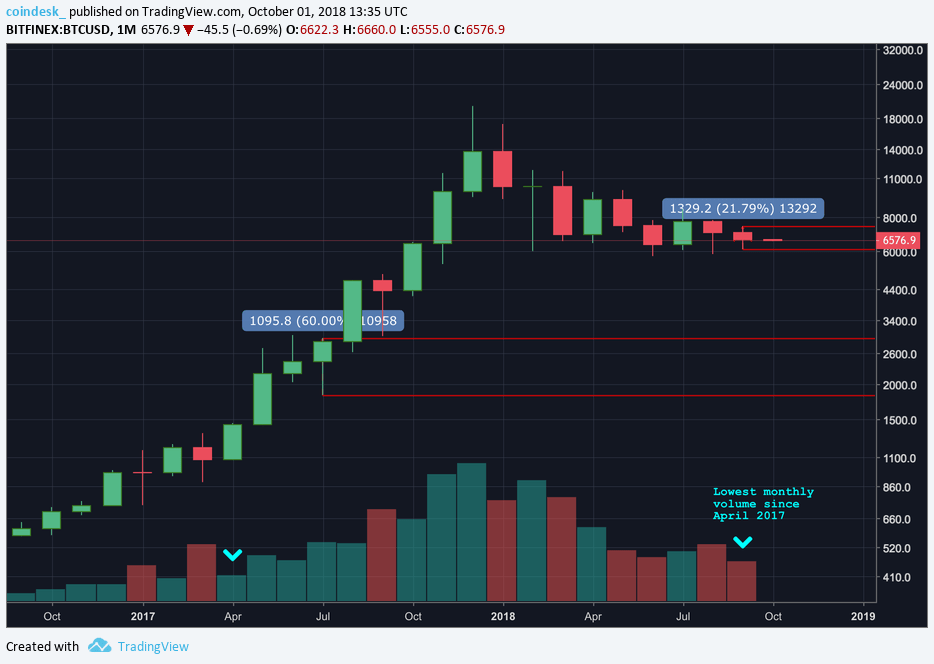 According to September data, Bitcoin traded in the range of +/- $ 1500, which is the narrowest monthly trading range since July last year, when BTC was trading at a price of +/- $ 1,095.

It should also be noted that last month the volume of trading compared to April 2017 was the lowest.

Low volatility is often a harbinger of active action, especially if it is accompanied by a low monthly trading volume, so you can quite expect that the crypto currency is preparing for a decisive move, or in the direction of growth, or – a decline.

Since December last year, the Bitcoin market is in a downward trend, current prices, which will fall below the September low of $ 6,100, are likely to become a sign of even more serious decline and will open the door to a support / resistance level at $ 4,900.

But it is worth noting that if the price exceeds the September maximum of 7,429 US dollars, this will be an excellent opportunity for Bitcoin's growth and revival in the bull market.

It can be summed up that October will be a decisive month for Bitcoin, as a long period of low volatility indicates the rapid development of active operations in any direction.