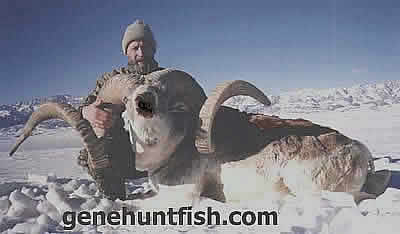 Recently, several large cryptocurrency exchanges have begun to actively discuss entry into the Russian market. In particular, Huobi opened a representative office in Moscow, Binance appointed an official Russian representative, and KuCoin began negotiations with local companies to organize the purchase of cryptocurrency for Fiat.

Meanwhile, the activity of cryptobirds, as well as the cryptocurrency itself, still does not have legislative regulation in the Russian Federation. With what is the interest of major players in the industry to such ambiguous jurisdiction as Russia, representatives of cryptocurrency platforms told in exclusive material for BlockchainJournal.

Ranked first in terms of day trading ($ 1.17 billion), Bkinse, a Hong Kong crypto-exchange, hired an official representative in Russia, Gleb Kostarev, in August 2017. His tasks include marketing, PR and working with the community. In addition, on a volunteer basis, a network of volunteer angels that moderate chat rooms and conduct meetings in Russia helps the exchange. Russian-speaking manager for working with VIP-clients based in Shanghai.

According to Kostarev, Russia and the CIS countries are among the largest and priority markets for Binance and have extensive potential for further growth.

“Now we are betting on the development of the Russian-speaking community, so we will conduct various marketing activities and meetings in Russia, expand the network of our Angels, localize our resources, in particular, the educational platform of the Binance Academy , ” he told BlockchainJournal.

Also in the plans of cryptobirzh – interaction with institutional and corporate clients, for which special programs have already been launched.

The emergence of a full-fledged Russian representative office of Binance will be possible only after the adoption of legislative regulation of the cryptocurrency market.

“Of course, the lack of legislative regulation partially hinders the development of Binance in the Russian Federation. Now one of the main global objectives of Binance is the opening of cryptophic platforms around the world, and this requires appropriate regulation, ”said Gleb Kostarev.

In early November, the Chinese stock exchange Huobi (third place in terms of trading volumes – $ 690.4 million) opened an office in Moscow and was the first among other global platforms to launch a call-center with round-the-clock user support in Russian. The representative office also offers personal management services for large clients and provides advice on over-the-counter trading and listing of digital assets. The staff of the Russian branch consists of 30 people.

“Russia is an extremely promising market for business development in the field of cryptocurrency, although for the time being it is underestimated by global participants. A lot of traders, large resellers of cryptocurrencies work here, enthusiasts in the blockchain field are building their projects. Russia occupies a leading position in the OTC cryptocurrency exchange market. And at the same time, before the release of Huobi, there was not a single large exchange on the Russian market that purposefully works with Russian customers and provides them with support in their native language, ”said the head of the Russian branch of Huobi, Andrei Grachev.

Initially, Huobi even planned to allow the replenishment of deposits in Russian rubles, but local consultants did not approve this idea.

“Russian users will be able to buy cryptocurrency for rubles using the over-the-counter service Huobi, and transfer it to their trading accounts without any problems. Low commissions will allow Russian users to be attracted to the OTC platform, ”added Grachev.

The other side of Huobi is listing tokens. Given that Russia ranks third in the world in the number of ICO projects, Huobi is ready to offer them development assistance and its investment platform for direct communication with global investors.

In addition, the exchange plans to create an accelerator for startups and launch an educational program on the basis of the Plekhanov Russian University of Economics and MGIMO. The site is also considering the possibility of providing miners with credit for ASIC chips and renting space for them from the first quarter of 2019.

Since the key activities of cryptobirds in Russia are not legally regulated, Huobi did not have any difficulties accessing the Russian market. Support for blockchain projects was registered according to the standards of consulting activities.

According to Andrei Grachev, most of all, the work of Huobi in Russia is hampered by the restrictions on search advertising and the inability to work with banks.

“I am sure that as soon as ordinary people will be able to buy and sell cryptocurrency through the bank, the rate of Bitcoin will increase significantly. We and our clients are ready to report to the regulatory authorities on operations with cryptocurrency, but, unfortunately, there is no such possibility now. Therefore, there is an OTC, ”he explained.

Note that in August, Huobi signed an agreement with VEB’s Digital Transformation Center to provide expert support on digital asset turnover and consultations for Russian cryptoinvestors.

According to the economist and presidential adviser Sergei Glazyev, cooperation with the Huobi Group could be the driving force for creating cryptocurrency regulation in the Russian Federation.

In mid-November, the Hong Kong cryptocurrency exchange KuCoin (63rd in terms of trading volumes – $ 12.4 million) announced plans to expand into the Russian market . The scaling will take place on the basis of KuCoin’s Platform 2.0, which is expected to be launched in the first quarter of 2019. Also for these purposes, the exchange intends to recruit additional personnel to the support service.

In an exclusive comment to BlockchainJournal magazine, KuCoin CEO Michael Geng said that Russia is one of the fastest growing crypto markets because of the high recognition of cryptocurrency among its residents.

“Currently, there are not many users from Russia registered at the site, but the transactions of these investors account for about 10% of the total trading volume on KuCoin. We are trying to expand our presence in all target markets, and, hopefully, we can become the most popular trading platform, ”he said.

The KuCoin community in Russia was created in the third quarter of 2018, and as the next step, the site intends to focus on marketing localization. In particular, representatives of the exchange took part in the Blockchain Life conference and are planning next year a series of meetings, which will allow to establish closer contact with potential users.

“When entering a new market, the biggest challenge is always finding the right person who understands the local culture and legislation to explore an uncharted area. Our long-term strategy is to develop a localized exchange based on the KuCoin 2.0 platform, which will be able to adapt to the rapidly changing legal aspects in Russia, ”added Michael Gen.

Currently, KuCoin is working with several Russian partners to implement the Fiat exchange service for cryptocurrency, and in the future does not exclude listing of trading pairs with the Russian ruble.

“We are open to all services that can benefit our users, ” says the exchange's CEO.

At the same time, Michael Geng understands that the lack of legislative regulation of the cryptocurrency industry can be a potential problem for KuCoin, since “it will not only lead to uncertainty in our operations in the local market, but also jeopardize public confidence in investing in digital assets”.

“We expect that legislators in each country and region will publish clear regulations on regulation as soon as possible. We are also willing to work with local governments to create a more tangible legislative framework.

Licensing is always one of our top priorities, and we have a strong team and lawyers to ensure that we comply with the laws and regulations in every key market, ” he said.

Now more than 70% of KuCoin users are residents of North America, Europe, South Korea and Brazil. Among the promising markets, the exchange also considers Italy, Turkey, Vietnam and the Spanish-speaking countries.

The need to create Russian representative offices or subsidiaries for the legal functioning of crypto exchangers and exchanges in the territory of the Russian Federation is spelled out in the draft federal laws “On digital financial assets” and “On attracting investments using investment platforms”.

In the absence of rules for accreditation of Bitcoin exchanges, which must be established by the Central Bank of Russia, major players may face certain difficulties, warns managing partner of the law firm Effective Business Resources, co-founder of the program of additional education Blockchain Lawyers Alexander Zhuravlev.

“The absence of regulatory regulation may lead to the state control bodies making absurd demands or claims to the turnover of cryptocurrencies, given that this term is in principle excluded from the relevant legislation. Such a situation can create grounds for various kinds of abuses, which will lead to losses for players in this market, ”Zhuravlev said.

In turn, the partner of the law firm Taxology, the teacher of the Blockchain Law program for additional education, Mikhail Uspensky, recalls that the current legislative initiatives introduce only cryptoactive assets that are released on private blockchains with central operators in the right field.

“It is clear that neither ethereum nor bitcoin will fall under this definition. Within the framework of the current paradigm, foreign cryptobirds can only be content with exchanging domestic cryptotokenes among themselves or for Fiat. And even then, provided that the technical standards of “Russian digital financial assets” will be compatible with the technological platforms of the exchanges themselves, ”he told the BlockchainJournal commentary.

Despite the fact that bitcoin exchanges entering the Russian market will have to work within the framework of legal uncertainty, it will enable them to influence the legislative process and lobby for their interests, Tatyana-Eliza Vasilieva, a partner at Baseley & Polyak, is convinced.

In her opinion, the regulatory aspects worry the stock exchange to a lesser extent.

“Large exchanges see Russia as a significant audience with which to work:“ warm up ”and, most importantly, provide technical support. Thus, we are talking about a marketing, rather than a regulatory strategy, and more about creating centers for Russian-speaking customer support, ” Vasilyeva said in a comment to BlockchainJournal.

She also believes that the economic sanctions imposed on Russia are unlikely to affect the work of the crypto-exchange in general, since they are not territorial, but sectoral and point-like. Stock exchanges will be enough with the help of KYC procedures to screen out companies and individuals who are subject to sanctions.

According to Lemchik, Krupsky and Partners, head of blockchain technology and crypto-industry practice, Veronika Vovk, a teacher of additional education at Blockchain Lawyers, the arrival of major industry players will allow the exchange of cryptocurrencies from the informal sector, which amounts to billion rubles.

Among other reasons for the interest of the stock exchanges in the Russian market, Wowk cited a potential influx of European traders due to the low tax rate on personal income in Russia and the policy of banning crypto-exchange in neighboring China.

“If the Russian legislator establishes the rules for cryptobirth, finding a balance between the interests of cryptobirth, users and the state, then Russia can become an attractive country for large investments and the further development of cryptocurrency,” she concluded.

Note that in the absence of a legislative base, such interest on the part of large players in the cryptocurrency market may indicate private agreements with representatives of the country's financial sector that are capable of ensuring the security of doing business. The opening of representative offices of the largest cryptocurrency exchanges in Russia is in fact a positive sign for both entrepreneurs and the community.