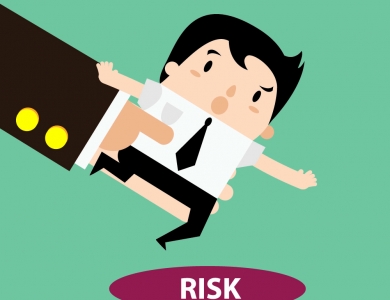 The largest mining company Bitmain Technologies, like other representatives of the crypto-currency industry, remains vulnerable to the general market conditions. Nevertheless, the financial performance of the Chinese company suggests that competitors have reasons for concern. This conclusion was made by the analytical department of the BitMEX exchange after studying the Bitmain application for an initial public offering (IPO) on the Hong Kong Stock Exchange.

This is the second BitMEX report for the last two months, fully dedicated to Bitmain. The first was published at the end of August and it said that the company is entering an IPO for two reasons:

Also, Bitmex Research then concluded that Bitmain has every chance of becoming a legend in the crypto currency industry, but it is vitally important for the company to improve its policy in the field of managing and distributing corporate resources.

Now that Bitmain has disclosed its financial performance, they have found official confirmation of the assumption that the company has suffered heavy losses lately. So, in the second quarter of 2018, its net losses amounted to $ 395 million. Also, almost $ 500 million of production losses that Bitmain incurred in the last 18 months due to failed chips were also incurred.

The company's share issue prospectus shows a net profit of $ 742 million in the first half of 2018. However, knowing from the leaked information that Bitmain's net profit in the first quarter of 2018 was $ 1.137 billion, it can be concluded that the second quarter was fraught with large losses.

Analysts admit that the market situation may change, and therefore for long-term investors, losses for one quarter should not be of great concern, especially in a business that is subject to fluctuations, like the crypto currency. Nevertheless, the third quarter of 2018, most likely, will also be unprofitable, and the recovery of the positive balance can be a big challenge for the company. For this reason, a scenario is likely in which Bitmain will be forced to raise equipment prices.

In the published document, the company acknowledges that it made several strategic mistakes that could lead to losses, and also describes some steps to correct the situation:

"At the beginning of 2018, proceeding from the positive dynamics of the Crypto currency exchange rates since the 4th quarter of 2017, we counted on the rapid growth of the equipment market for mining and, in anticipation of a significant increase in sales, made a large number of orders from our production partners. However, in the first half of 2018 there was a significant volatility of the market, which had a negative impact on the economic returns from the crypto currency. The sales of our mining equipment also decreased, which in turn led to an increase in the amount of work in progress and a decrease in the prepayment income from our customers in the first half of 2018. In the future, we will carefully weigh our growth strategy, work in progress and crypto-currency assets to ensure sustainable business growth and a healthy cash position. We will also review our procurement and production plan to maintain the required level of liquidity. "

At the same time, in the second quarter of 2018 Bitmain – mainly due to cash injections from new investors – significantly improved its balance sheets. Net cash rose from $ 104.9 million to $ 343 million, and it can be said that investors actually saved the company from a near cash crisis. Moreover, as early as August 2018 Bitmain attracted additional investment of $ 442 million, further consolidating its position.

In the second quarter of 2018, the balance of inventories of Bitmain fell to $ 887.2 million from $ 1.243 billion in the first quarter. The reason for this decline was probably the depreciation of assets. The overall decline in this indicator for the first half of 2018 was $ 391.3 million, and it is possible that a significant part of the losses associated with overproduction have already occurred.

Prepayments to suppliers and prospects for the mining industry

One of the suppliers of Bitmain is the semiconductor manufacturer Taiwan Semiconductor Manufacturing Company (TSMC), and on the prepayment of supplies on its part there is a significant outflow of working capital of the company. At the same time, this outflow did not demonstrate a trend towards a decrease: $ 666 million in the first quarter versus $ 652.9 million in the second quarter.

Analysts suggest that this may be due to the release of a new 7nm chip, the presentation of which took place at a recent conference in Tbilisi. The very fact of the official announcement can be regarded as a positive signal, as the company did not announce the failed chips. Consequently, this product can finally be successful and help the company cope with difficult market conditions.

However, skeptics can give the following arguments:

Researchers pay attention to the following figures in the published prospectus: in 2017, Bitmain reserves to cover losses associated with TSMC prepayment and revaluation of finished goods amounted to $ 240.4 million. However, only in the first half of this year this figure increased to $ 252.7 million ( in total for the specified period $ 493,1 million).

In their opinion, this is a clear illustration of how risky and financially expensive it may be to produce new chips, and that Bitmain has already paid a high price for its mistakes.

Bitcoin Cash and assets in crypto-currencies

The published document refers to the amount of Bitmain's assets in the crypto-currencies in the second quarter of this year ($ 886.9 million). However, despite the fact that the names of coins available to the company and listed (Bitcoin, Bitcoin Cash, Ethereum, Litecoin and Dash), the exact number of coins for each asset is not disclosed.

However, in the first quarter, their value in phantom terms was $ 1.172 billion, and this decline is most likely due to the depreciation of Bitcoin Cash. Recall, in August it became known that Bitmain had sold most of BTC and seriously increased its position on BCH.

The issue prospectus published by Bitmain allows quantitatively expressing the consequences of errors, the probabilities of which have been discussed for a long time.

Obviously, many of these errors could be avoided, but, analysts say, they also show that Bitmain is able to take risks. Without these risks, equity shareholders' equity would not grow in recent years to $ 1.617 billion, and the company itself would not become the most profitable enterprise in the mining industry in 2017.

The release of Bitmain on an IPO may take place in the coming months, after which the company will have new significant means to strengthen its positions in the market. And, as concluded in BitMEX Research, there are definitely reasons for concern among competitors.