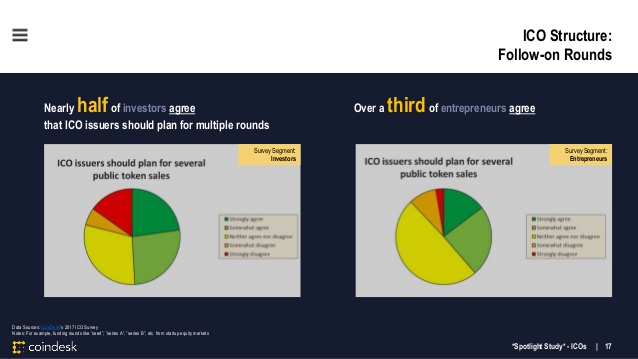 This year ICO-projects managed to raise more funds than in the previous one. However, 70% of tokens currently cost even less than during a token. This is stated in the research of the analytical company Diar .

On the chart below you can see that in August of this year only 17 ICO campaigns were successfully held. At the same time, in February the number of token-holders, which managed to reach the goal, exceeded the 100 mark.

The founder of TokenData service, Rikki Tan, is sure that the situation will not change dramatically by the end of this year.

It is noteworthy that 324 tokens, which in their time in total collected $ 2.3 billion, are now not traded on any of the exchanges:

This is about a third of all projects, ICO which was successfully held in 2017-2018.

The following table provides a list of "loser coins", the capitalization of which has significantly subsided since the completion of the ICO:

For example, the Sirin Labs project engaged in the development of the crypto smartphone attracted $ 158 million. After that, the project capitalization sank more than nine times.