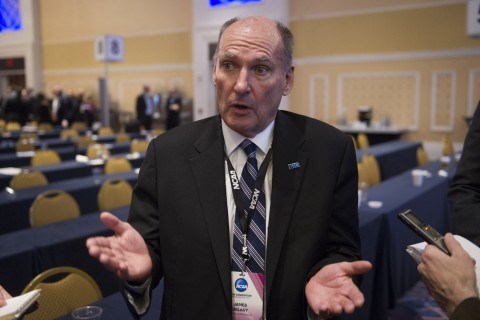 SEC Commissioner Esther Pierce, also known as "Crypto-Mama", reminded the government and regulator that it should be more friendly to innovative technologies.

Pierce stressed that the technological revolution in the world of financial services has a rich potential and is aimed at a long-term positive effect. Esther is not the first to express optimism about the crypto-space, which is very different from his colleagues in the bureaucratic apparatus.

"Crypto-Mama" devoted most of its speech at the San Francisco conference to a discussion of a new class of assets – crypto-currency. She mentioned bitcoin at least 50 times. Esther Pierce gave such an affectionate nickname after she openly expressed disapproval about the SEC's refusal to take bitcoin-ETF.

"After my statement, I was called Crypto-Mom. Well, I always wanted to be a mother, so this title is a great honor for me. I admit, not the form of motherhood that I foresaw. But one of the wonderful aspects of this situation is that children always grow up quite different from what their mothers imagined. "

Pierce noted that the Commission still needs to make some efforts to fully meet the expectations of investors. Denial of the ETF was made with good intentions. However, she added that a strict policy can potentially harm investors, innovators and other market participants.

Great reminder by @AjitPaiFCC that "Instead of viewing innovation as a problem to be regulated based on rules from the past,
government should see innovation's potential, guided by markets that embrace the future. " https://t.co/ZpAdmODjVK

Esther Pearce stressed that the financial regulator needs to become more open to innovation in finteh and adopt a more flexible approach to the industry. She also proposed to create an "Office of Innovation" within the SEC, so that innovators could get the necessary legal assistance.