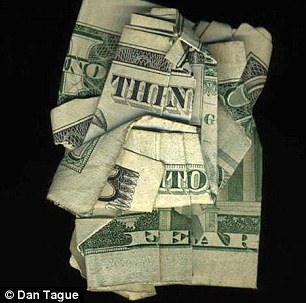 Developers of the customer-focused bitcoin-purse Samourai Wallet announced the release of a new version of the product, the main feature of which was the refusal to display balances in US dollars.

We've pushed update 0.98.87 – This one will definitely ruffle feathers, but we hope you understand. Read why we decided to remove all fiat currency from Samourai Wallet in our latest blog post. Plus Samourai is now available in Chinese and 11 other languages https://t.co/MAt9Gc6ZrP

But the most noteworthy innovation was that now users' balances are displayed exclusively in bitcoins without the usual option of showing them in dollars.

"We consider it extremely important that our existing and future users understand that when they perform transactions in the bitcoin network they participate in the bitcoin economy and conduct transactions exclusively with the help of the BTC, a native token of this network," Samourai Wallet said.

Also, developers say that when the wallet was first launched in 2015, they believed that the conversion to Fiat would be convenient for those users who would like to have an approximate idea of ​​how many bitcoins are in Fiat. Assuming that users are "not ready" to refuse association with the Fiat, it was decided to establish a conditional "street price" of bitcoin, based on the average exchange rate and exchange sites that do not require compliance with the AML / KYC rules.

The developers of Samourai Wallet have always been known as true bitcoin-maximalists, and as they say, in 2017 the alarming trend became more and more distinct: many media, data providers, famous personalities and ordinary users began talking about bitcoin transactions, automatically converting them in USD.

They also recall how "the famous altcoyin propagandist" Roger Ver told his 500,000 subscribers on Twitter that "transaction commissions soared to $ 55."

"Of course, he knows better, and he deliberately engaged in propaganda for his own mercenary purposes, but you can not restore what has already been done. After that, we noticed that many users began to tag their balances, sent amounts and commissions to the miners not in BTC, but in dollars. We spent a lot of time explaining to users why they had 8 dollars yesterday, and today they are already 7. We still believed that they were not ready to refuse to translate everything into fiat, and that the educational process would change it, "say the developers.

However, now that there is very little time left until the end of 2018, the situation does not change, and users, apparently, "will never be ready," say in Samourai Wallet.

"It's more habitual to work with fiat currencies, and you probably interact with them all the time. But this is exactly the reason why, in the context of the bitcoin-purse, the phyta currency is a crutch. We decided that starting with version 0.98.97 in our wallet this crutch will no longer be, "the developers said.

According to them, they understand that some may cause this inconvenience and may even lead to the loss of a certain number of users, but are convinced of the need to take bitcoin exactly as bitcoin, rather than associate its value with the dollar or some other fiat currency .

The possibility of converting to fiat will, however, be stored in the Sentinel Watch Only application, since this function is required by independent merchants in several other cases.

Note that version 1.0 of the wallet is expected to come out before the end of this year, and an important milestone in this direction was the release of the July release of Samourai Wallet 0.98.75 .