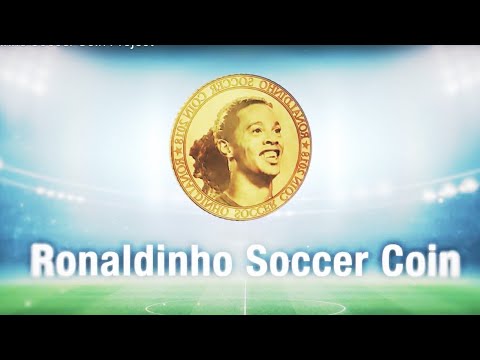 The ex-forward of the Brazilian national football team and the Golden Ball winner Ronaldinho announced the release of his own cryptocurrency.

The cryptocurrency, called RS Coin, is based on the blockchain technology developed by NEO .

The player’s choice in favor of this technology is explained by its obvious advantages over others, for example, over that used for bitcoin mining. While the latter involves making 7 transactions per second, NEO allows you to make a thousand.

Ronaldinho plans to promote the RS coin not only among sports professionals, but also among ordinary football fans. It is noted that the cryptocurrency will be available to any person, despite its location and financial viability.

With the help of e-sports competitions, as well as personal meetings at Ronaldinho Academies, users will be able to receive this currency and then spend it in the network of sports services and online stores. With the help of “RS coin” it will be possible to pay everything related to football – from video games to training, as well as medical services related to this sport.

The RS coin is part of the Soccer Coin project, within which it is planned to build “300 digital stadiums” in various regions where the Super League will be created. The “Super League” will include both professionals and ordinary sports fans.

Earlier it was reported that the Welsh football club Cardiff City and the English Newcastle United are in talks with the company Microfinance and Crowd Funding, SportyCo, on conducting the initial placement of coins (ICO).

The placement will allow fans and investors to buy a new currency in the form of tokens in the hope of future profits.

Earlier, similar plans were reported by the famous French football club Paris Saint-Germain and the Brazilian club of the series A Ava Futebol Clube. He intends to become the first club that released its cryptocurrency using the initial placement of coins (ICO) . The team expects to raise $ 20 million.

As we already wrote , the security department of the concern AvtoVAZ discovered that an anonymous miner for the second year uses their power for Bitcoin mining . Employees of the enterprise have not yet been able to identify the attacker.