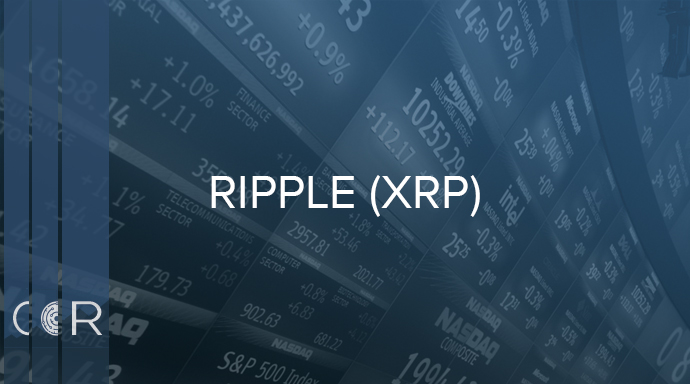 The TIE analysts concluded that the Ripple XRP token stands out among other highly liquid crypto assets by excessive hype on the social network Twitter.

We investigated which cryptocurrencies are the most and least overhyped on crypto Twitter.

“We studied around which coins the largest and smallest hype on Twitter. In other words, which coins are most susceptible to manipulation, which are most often tweeted from bot accounts, and which are characterized by excessively bloated activity. "

To do this, The TIE created a metric "HYIP to activity ratio". It represents the number of tweets per $ 1 million of the trading volume of a particular coin. It turned out that among the 450 crypto assets studied, an average of 1 tweet per $ 1 million of volume.

The researchers concluded that Tether and the EOS, Ethereum Classic, Cosmos, and NEO crypto assets are least affected by the hype on Twitter.

Let's start with the least overhyped cryptos (which coins have the lowest number of tweets per $ 1M in trading volume).

At the top are Tether, EOS, Ethereum Classic, Cosmos, and NEO. pic.twitter.com/GEHgZnfbc1

“Tether is a stablecoin widely used in crypto trading. Therefore, it is logical that the coin has a relatively small number of discussions, given its trading volume, ” analysts explain.

On the other hand, The TIE notes that some coins have an “astronomical number of tweets” in relation to trading activity. Experts attributed these assets to TokenPay, Electroneum, Dragonchain, Telcoin and DigiByte.

To put this into perspective, TokenPay had a Hype-to-Activity ratio 33 million percent higher than Tether!

In other words, TokenPays ratio of tweets / trading activity was 330,770X higher than Tether's was. pic.twitter.com/AekCHKQheA

“For comparison, the ratio of hype to activity at TokenPay is 33,000,000% higher than that of Tether”

In general, experts came to the conclusion that the largest cryptocurrencies have the most healthy ratio of hype to activity:

Across the board, the largest cryptocurrencies by market cap have relatively consistent Hype-to-Activity ratios, with the exception of XRP, which was significantly higher than the other largest coins. pic.twitter.com/fYT64gQPIH

However, against the background of Bitcoin, Ethereum, Bitcoin Cash and Litecoin, the third largest crypto asset XRP is significantly distinguished. On the other hand, the brainchild of Ripple is not so hyped hype compared to other, less liquid digital assets.

Across the board, the largest cryptocurrencies by market cap have relatively consistent Hype-to-Activity ratios, with the exception of XRP, which was significantly higher than the other largest coins. pic.twitter.com/fYT64gQPIH

Researchers note that often crypto assets surrounded by hype have a huge number of Twitter followers, which projects buy to create the illusion of mass involvement. For example, the Electroneum project (102nd place in the CoinMarketCap rating) has 127 thousand Twitter followers, while the extremely popular BitMEX exchange has only 65 thousand.

Frequently cryptos with artificially high levels of conversations on Twitter will also have similarly high numbers of Twitter followers.

In many cases these cryptos will buy fake followers to try to establish legitimacy. Example, Electroneum 127K vs. BitMEX only 65K.

The TIE experts did not forget to mention the founder of TRON and Twitter patron Justin San, who, for example, has 6 million likes on Facebook. At the same time, only 187 thousand people are following the largest American company Coinbase with 30 million users in this social network.

While significant efforts are being made to improve cryptos legitimacy, the industry remains very much the wild west.

Although many within crypto can easily detect manipulative practices, this deception is aimed at new entrants into crypto who are often less informed.

Researchers concluded that the crypto industry is still the Wild West. Many projects resort to manipulative practices that mislead many inexperienced market participants.

“Although this metric is imperfect, we think it is a good tool for massively identifying“ white crows, ” The TIE researchers concluded by attaching a Google spreadsheet with a list of assets with the highest hype to the tweet.

Earlier, The TIE came to the conclusion that 87% of the total trading volume on 100 trading floors does not inspire confidence.

Also recall, recently the legendary trader Peter Brandt accused Ripple of market manipulation and expressed the opinion that the price of XRP will soon fall by another 20%.