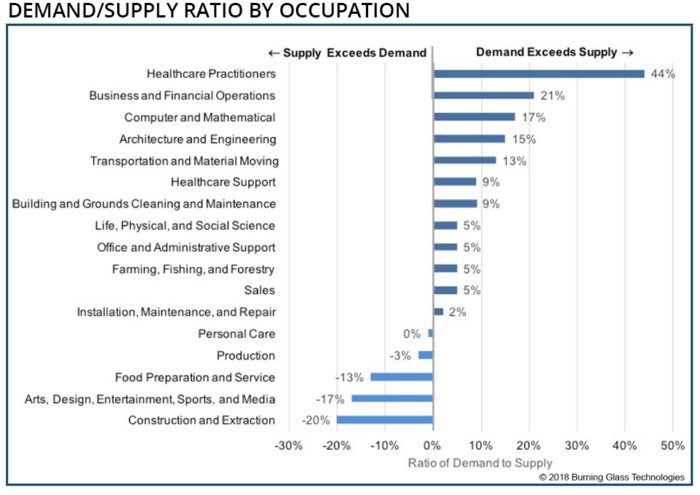 Despite the prevalence of bearish sentiment in the cryptocurrency market, since the beginning of 2018 in the US, the number of cryptocurrency and blockchain vacancies has increased. This is stated in a study of the recruiting company Glassdoor.

Almost half of the vacancies for blockchain specialists are concentrated in New York (24% of the total) and San Francisco (21%). In total, the country's 15 largest cities accounted for 79% of job offers in the new technology field.

The most popular specialty is a software developer – 19% of the total number of vacancies. However, there is a need for product managers, marketing and risk management.

The largest employers in the blockchain industry are ConsenSys and IBM – by 214 open positions or a total of 24% of the total. Next come Coinbase and Kraken, Oracle, Figure, Circle, Accenture, KPMG and JP Morgan.

Recall that in 2017, the demand for employees associated with the blockchain industry in the United States increased 35 times .