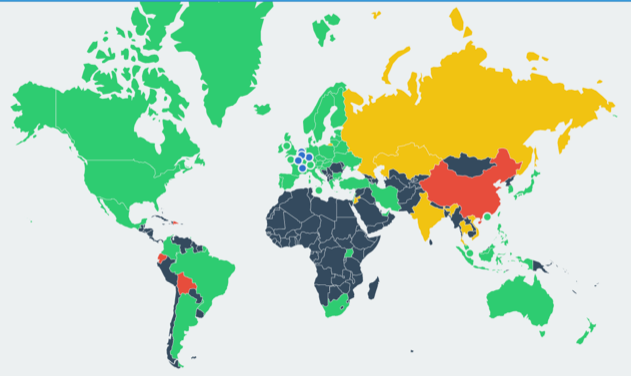 The British authorities have identified a number of regulatory measures related to cryptocurrency and distributed registry technology in a new large-scale report .

The working group on cryptocurrencies under the British government, the creation of which was first announced in March of this year, published the final version of its report on Monday, pointing out that the technology that underlies cryptocurrency can be used for the benefit of the financial sector and other industries.

Thus, the Treasury of Her Majesty, the Financial Supervision Authority and the Bank of England – the three departments included in the working group – will “encourage responsible development in the field of full use of distributed registry technology and cryptocurrency assets in the UK”.

“While the primary task of the authorities is to address the risks associated with the current generation of crypto assets, the working group believes that other technology use scenarios have the potential to provide significant benefits for both financial services and other industries. The authorities do not think that there are any regulatory barriers to the further spread of technology, ”the document says.

“However, technology requires further development before it can be applied on a large scale to realize these opportunities.”

Among the specific measures that the authorities are planning to take in the coming months is the release of an updated guide for future taxpayers working with cryptocurrencies.

“Her Majesty’s Treasury is working closely with Her Majesty’s Tax and Customs Administration on determining tax issues related to crypto assets,” the document says.

The UK also intends to approve the rules that will allow the initial placement of coins (ICO) in the legal field:

“At the beginning of 2019, the government organizes a discussion about the existence of such crypto assets in the UK market and the need for their inclusion in the regulatory framework.”

In addition, the authorities promise to “take measures to overcome the risks that crypto-assets represent for consumers and market integrity”, as well as to prevent the use of cryptocurrencies in illegal activities, while monitoring threats to financial stability.

According to the report, the popularity of cryptocurrency in criminal circles “remains low,” but the risks of using them in such activities as money laundering are growing. The authorities are more concerned about the risks to consumers, as they may lose their funds and the integrity of the market, which may arise from manipulations.

In conclusion, the authors of the report call for developing a more understandable regulatory framework for security tokens, ICOs and financial instruments pegged to the rates of cryptocurrency assets traded on exchanges. In addition, they would like to see closer cooperation in this area among regulators at the global level and take further steps to increase investor awareness of the risks of investing in cryptocurrency assets.

In the future, the working group will meet "every six months to discuss changes and evaluate the UK approach to them."