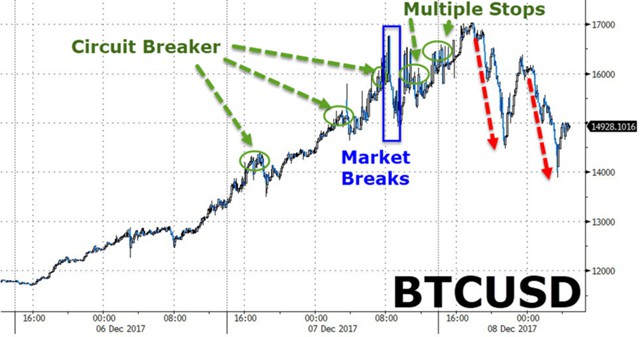 Over the past 24 hours, cryptology has experienced a major sale, as bitcoin demonstrated a 3 percent price reduction, which led to the market falling by 10 billion dollars.

Ethereum and EOS recorded the largest decline (about 9 percent) among the top 10 crypto-currencies, while Bitcoin Cash, Litecoin, Monero, Cardano and Dash showed a sharp 7 percent loss.

What caused a sharp drop?

Earlier we reported that a purse containing 720 million dollars in bitcoin, which had been inactive for many years, began to transfer funds to Bitfinex, Binance and BitMEX.

The user Reddit with the online nickname Sick_Silk claimed that the wallet belongs to the figure associated with the "Silk Road", which, most likely, participated in the market in Dark-Web.

WizSec, a security agency in Japan that found money laundering for the stolen funds of the now defunct Mt. Gox, said that the wallet is not connected with the "Silk Road" at all. Analysts of the agency explained that the investor, who several years ago bought a massive batch of BTC, began to transfer funds.

It is possible that the sale of hundreds of millions of dollars in bitcoin, initiated by a single whale investor, caused a domino effect in all major crypto-exchanges, resulting in a significant decline in the market.

Two days ago, Edward Morra, a respected technical analyst in crypto-space, said that a drop below the support level of $ 6,000 is unlikely to threaten the BTC.

Given the market trend during September, it is likely that the temporary decline in the market will be restored in the next few days, which will allow the market to rebound to $ 200 billion.

The market still avoided reaching its annual minimum at 186 billion dollars, which is one of the optimistic results of the fall.