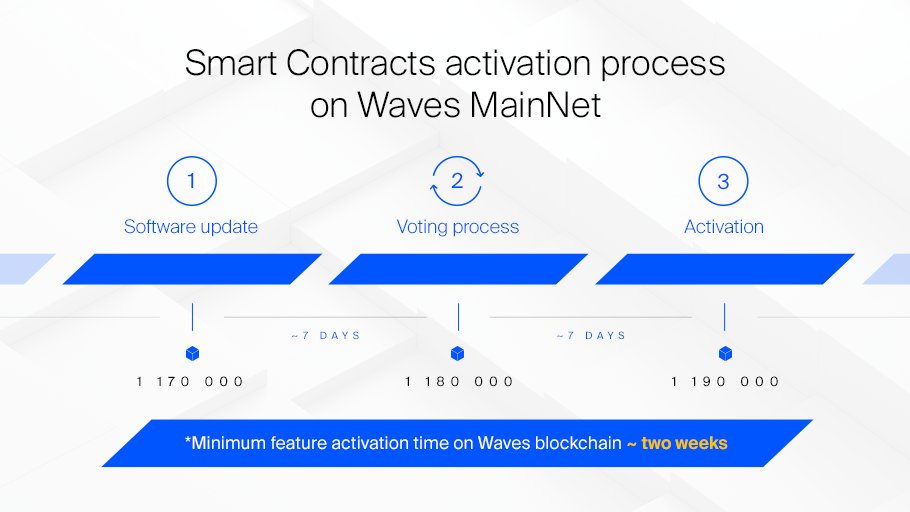 The Waves block-platform reported that after the support of the new functionality from the side of the miners, the first phase of smart contracts was activated in the core network and is available to developers from today.

We are very happy to announce that Smart Accounts have been activated on #Waves MainNet! As of block # 1,190,000, the first phase of Waves #SmartContracts are available: https://t.co/4e0MjdYQ3U #WavesPlatform #Blockchain $ WAVES

"This was one of the most anticipated functions, and the miners voted in its support quickly and convincingly," Waves said in a statement.

A new system protocol for the activation of smart contracts in the main Waves network was released on September 10. With their help, the developers have the opportunity to implement various functions within the so-called smart accounts, including addresses with multi-signature, tokens freeze, atomic swaps, voting and oracles.

"This will not only make the platform more secure and flexible, providing additional tools for companies and end users, but will also offer completely new application scenarios and tasks for powerful decentralized applications," the developers added.

At the next stage, the Waves team will start implementing Turing-complete smart contracts that will provide a much wider range of functions for the Waves ecosystem.