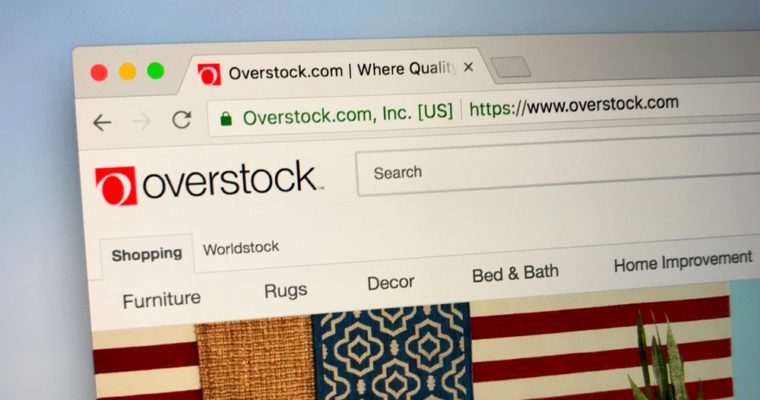 Overstock CEO and founder Patrick Bern plans to sell the company's retail division early next year in order to focus on the development of blockchain projects. It is reported by The Wall Street Journal (WSJ).

Details about the future transaction, including the names of potential buyers and the proposed amounts are unknown. However, the WSJ notes that the sale of the company is scheduled for February 2019. According to Bern, he intends to devote himself entirely to blockchain projects.

Overstock has a blockchain-oriented division of Medici Ventures, which last year suffered losses of $ 22 million. During the first nine months of this year, losses of Medici were $ 39 million. The total amount of losses for Overstock for the corresponding period of 2018 is $ 163.7 million.

The graph below shows the dynamics of the Overstock stock price on the Nasdaq exchange:

However, Bern, apparently, is not particularly discouraged – according to him, he is not even worried that the Medici-supported tZero blockchain project loses about $ 2 million monthly. Note that, within the framework of regulated tokensale, the tZero project has raised $ 134 million .

The diagram below illustrates the quarterly losses of Medici Ventures and the total losses of Overstock since the beginning of 2017:

American online retailer Overstock appeared on the market in 1999. Subsequently, the company became one of the pioneers of the emerging blockchain industry. So, in 2014, Overstock began to accept Bitcoin.

Recall, on November 12, the Bitsy wallet was opened for public beta testing, the investor of which is the Overstock Medici Ventures division.