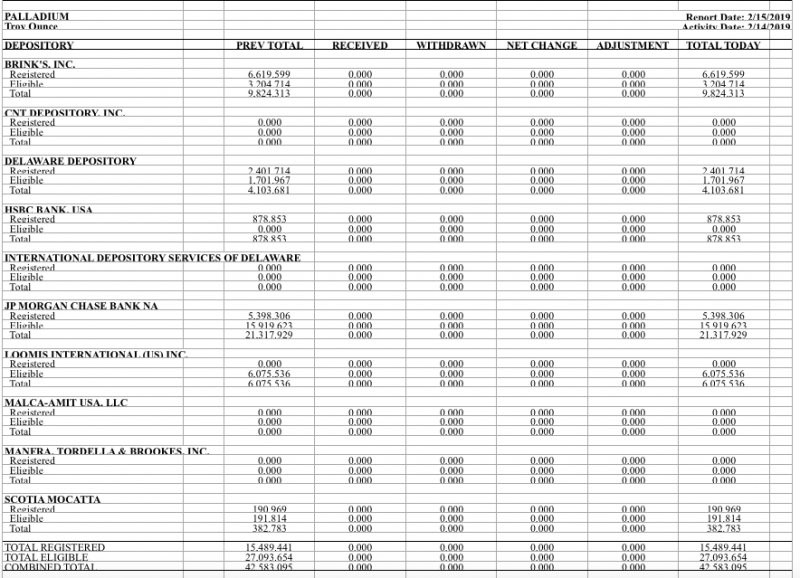 In an interview with Bloomberg, the head of Norilsk Nickel, Vladimir Potanin, said that the digital platform of the token provided with palladium could be launched before the end of this year.

According to Potanin, the company is currently negotiating with the Swiss regulators on the production of tokens on the basis of its palladium fund registered in Switzerland, and can later connect other products to the project.

The President and the owner of a third of Norilsk Nickel shares noted :

“People more and more to distributed registries . To systems where there is no central operator. We want to be active participants in this process. After all, tokens are not from fashion. They have several advantages. For example, if the buyer finds out that he doesn’t need all the volume stipulated in the contract, he will either have to enter into potentially difficult negotiations with the supplier, or pick up the metal and store it or look for a new buyer. If the client had a digital contract in tokens, it would be easier for someone else to sell the unnecessary volume. Transactions in tokens are both simpler and more convenient. ”

Norilsk Nickel is also working on the digitization of goods and services within the group. This would allow the Central Bank of the Russian Federation to test the regulation of blockchain systems based on a single company, without affecting the economy as a whole, Potanin said.

Potanin is now discussing with the legislators and the Central Bank the improvement of the regulation system for digital platforms. To do this, Russia needs to adopt a law on digital financial assets, a hearing on which was postponed until April. Potanin hopes that the law will be adopted by the summer, and the project will be launched before the end of the year.

“The main problem is that it says that only exchanges and banks can deal with digital platforms ,” said the entrepreneur.

This position, in his opinion, needs to be changed, since digital platforms can be used to develop a variety of products that do not always meet the interests of banks or stock exchanges.

Potanin's team is also developing a digital platform on intellectual law, on which startups could offer their ideas, including to industrial companies. The businessman said that the New York company BCG Digital is ready to consider this idea for the purpose of incubation. Investment in the development of all sites will be $ 5-6 million, and their support may require several million dollars a year.

Potanin is a supporter of the legalization of cryptocurrency on the Russian market and proposes to divide digital assets into two classes:

Also, the entrepreneur proposes to develop a bill allowing foreign start-ups to place their tokens on Russian sites. This will allow attracting foreign investors in Russian projects, the top manager believes. Specialized IT companies should assess the reliability of cryptocurrency projects, the regulators will rely on the results of the analysis, which will prevent the launch of fraudulent ICOs.

In 2019, Vladimir Potanin ranked sixth in the ranking of the 20 richest Russian businessmen, published by Forbes magazine. Its capital, according to estimates of the publication, is $ 18.1 billion.