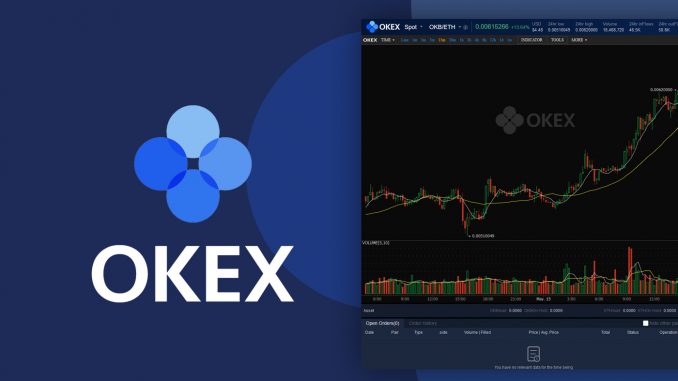 One of the world's largest cryptobirms, OKEx announced the imminent launch of its own blockchain OKChain and the decentralized exchange OKDEx.

“Currently, OKChain is in the final stages of development, and we are looking forward to launching it on the test network in June 2019,” the company said.

After the blockchain network becomes stable, its own exchange token, OKB, which the company introduced in January last year, will be transferred to it. The token will become a means of calculating on the decentralized exchange OKDEx, whose launch will follow OKChain.

In this regard, OKEx plans to place its OKB on the etirium network, creating ERC-20 tokens by the end of April 2019 and then transferring to OKChain as soon as the network becomes stable.

"By that time, OKB will become the native token of the OKChain network, which can be used to calculate transaction fees or use in dApps developed in OKChain."

We'll be launching:
– Our own #blockchain #OKChain ⛓
– Our first #DEX decentralized exchange #OKDEx ✨

The transfer of OKB to its own blockchain will also make it possible to make it the only token adopted on the OK Jumpstart tokens generation platform, recently announced by the company.

“We will launch the first decentralized exchange of OKEX (DEX) for OKChain and open up the super-node choices for the blockchain. With OKB you can vote for your favorite candidate and pay for transactions on OKDEx. OKB will also be used for the pre-sale of tokens, and project teams will in the future need to pay OKB super-nodes for maintenance , ”said OKEx.