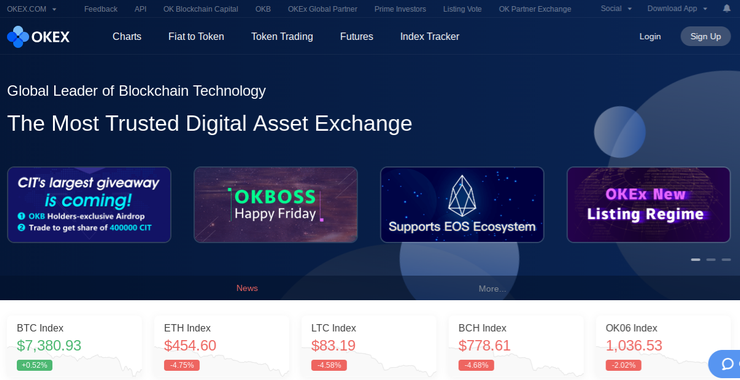 The third in terms of trading volumes, the OKEx Bitcoin Exchange reported on Monday, October 15, about the beginning of the support of four steybcoins at once: TrueUSD (TUSD), USD Coin (USDC), Gemini Dollar (GUSD) and Paxos Standard Token (PAX).

The exchange notes that from today, users have the opportunity to make deposits in these assets, while the trades themselves start on Tuesday, October 16.

It is noteworthy that all these coins will be traded not only against Bitcoin, but also against Tether USDT.

TrueUSD is created by the TrustToken platform. According to the developers, the coin is tied to the rate of the US dollar, fully secured by it, and bank accounts with the corresponding fiat reserves are regularly audited.

USD Coin was launched in September by Circle, which owns the Poloniex exchange. The token was developed using the CENTER consortium affiliated with the company and is intended to be a way to easily move tokenized dollars in public blockchains.

Earlier in the same month, the launch of a Dollar-bound Geami Dollar (GUSD) -steakblock, based on the ERC-20 standard, was announced by the Winklevoss brothers Gemini Bitcoin Exchange. Paxos Standard Token (PAX) was represented by a blockchain startup of the same name from New York.