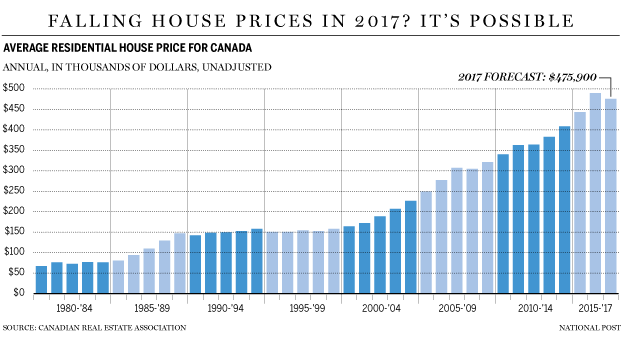 In the traditional Sunday review of BlockchainJournal, Antminer S15 and T15 start sales, accusations to the founder of EtherDelta by the SEC, large investments in Bitfury and other important events of the week.

According to the results of the outgoing week, the first cryptocurrency is traded at almost the same levels as seven days ago, recording a slight increase in the region of 0.9% over this period.

The average weighted rate of Bitcoin, rising on Wednesday, November 7, to $ 6,540, later went down, and at the time of publication is around $ 6,400, the market capitalization is estimated at $ 111 billion.

Despite the fact that all attempts by the bulls to seize the initiative, are still in vain, the head of Galaxy Digital, Mike Novograz, is convinced that in 2019 the first cryptocurrency will return to the level of $ 20,000.

Forecasts regarding the future price of Bitcoin were also the subject of a curious bet – Civic startup head Vinni Lingham accepted the challenge of Standpoint Research founder Ronnie Moas and put $ 20,000 on the fact that until December 31, 2019 she would not overcome the $ 28,000 mark.

Note that in October, the average weekly volatility of bitcoin futures reached a historic low of 6.6%. Specialist of the Chicago Option Exchange (CBOE), Kevin Devitt, stressed that previously this figure was about 15.65%.

The average daily bitcoin volatility at the end of October fell to the levels of March 2017 and amounted to only 0.86%.

The developer of bitcoin and blockchain solutions, the Blockstream company, has launched a public launch of the blockstream.info block browser for the Bitcoin and sidechain network Liquid. It was originally planned to make the tool only for Liquid, but in the end it was decided to implement the solution for the Bitcoin network, adding native support for the SegWit protocol and the address format bech32.

At the same time, the tool is compatible with Confidential Transactions in Liquid, and also allows you to track the Bitcoin addresses to which transactions in sidechain are linked. To enhance user privacy, developers have added support for Tor.

Blockstream introduced a client to run a full node on the Liquid network. Holders of such nodes will be able to issue their own assets [Issued Assets], send / receive them and exchange Liquid BTC (L-TBC).

According to Georgy Kikvadze, Vice President of the company, investments will be spent on improving the efficiency of the company's management, financing strategic projects and strengthening market positions.

The plans of the Russian office of BitFury include active work on the development of the software business in Russia, the CIS and Europe in 2019, along with maintaining high interest in the mining developments of the company.

Charges against the founder of EtherDelta

On Thursday, November 8, it became known that the US Securities and Exchange Commission (SEC) filed charges against the founder of the EtherDelta decentralized exchange Zachary Cobern in the operational management of an unregistered stock exchange for the sale of securities.

The regulator's statement says that EtherDelta served as a secondary market for the sale of ERC-20 standard tokens, which the SEC regards as “digital securities”.

Coburn did not admit, but did not reject his guilt. Nevertheless, he agreed to return the illegally obtained profit in the amount of $ 300,000 to the state, as well as to pay $ 13,000 in interest for the period before the court decision and $ 75,000 fine. The Office also noted that Coburn collaborated with the investigation, which resulted in a reduction in the amount of the fine.

This case is also notable for the fact that it was the first of its kind, which concerns the stock exchange, on which there were never transactions in fiat currencies. SEC also makes it clear that it equates almost all Ethereum tokens to securities.

On Friday, November 9, during the regular videoconference, Ethereum decided on the approximate date of the hard forks Constantinople in the main network of the second most capitalized cryptocurrency.

According to Afri Shedon of Parity, hardfork is supposed to take place on January 16th of next year. The block on which the protocol will be activated will be known in two weeks, on “Black Friday” (November 23).

Note that this announcement almost coincided with the statement by Netta Lab about the detection of a suspected vulnerability in the Ethereum virtual machine, which allows you to endlessly execute smart contracts without paying for gas on the network.

The leading manufacturer of mining equipment Bitmain announced the start of sales of new ASIC-devices Antminer for mining Bitcoin – S15 and T15, equipped with 7-nm chips. The cost presented in two versions of the device is $ 1,475 for the Antminer S15 and $ 913 for the Antminer T15. The tentative start of deliveries is between December 20 and 31, 2018.

At the same time, AMD announced the release of eight new Bitcoin mining devices. For this, the manufacturer has entered into a partnership with the companies ASUS, MSI, Biostar, TUL, Rajintek and others.

The founders of the Bitcoin exchange Gemini, brothers Cameron and Tyler Winklevoss, filed a lawsuit against entrepreneur and early cryptocurrency investor Charlie Shrem, accusing him of stealing 5000 BTC. Events relate to 2012. Then the brothers gave Shrem a total of $ 1 million to buy bitcoins for them. Winklevoss later realized that they did not receive bitcoins for the full amount.

The brothers claim that they turned to Shrem asking to return the missing Bitcoins, but it was never satisfied. As part of this case, a decision was made to freeze Shrem's assets, but the court of the Southern District of New York eventually took away the arrest .

It is noteworthy that none of the accounts of the entrepreneur specified amount was not. For example, Coinbase, Xapo, Digital Asset Holdings, Branch Banking and Trust Company, Noble Markets and itBit reported that they do not hold the defendant’s assets, on his Poloniex account there is $ 0.41 in bitcoins, and on Bittrex – about $ 4.44 in bitcoins and his fork.

The Winklevoss suit against Shrem will be examined by a jury on April 8, 2019.

On November 6, mid-term elections were held in the USA. As a result of this vote, 35 out of 100 senators, all 435 members of the House of Representatives of Congress, 39 state and territory governors, as well as 6,073 state legislatures, judges and councilors of school districts, were re-elected. According to their results, the heads and states that were previously loyal to the digital assets of Rhode Island (Gina Raimondo) and Texas (Gregg Abbott) retained their positions and will continue to work to promote this industry.

The new governor of Colorado, Jared Polis, had previously urged the country to take the lead in regulating cryptocurrency space, and his current election campaign included initiatives to improve the protection of digital voting and the use of the blockchain to digitize government records. In addition, Polis will continue to work on the Equity Justice Act in the field of cryptocurrency to provide tax benefits for certain cryptocurrency transactions.

New appointees from California Gavin Newsom became interested in the blockchain in 2014. Since then, he has advocated regulating the industry, which would allow not only to recruit qualified DLT developers, but also to use blockchain data as evidence in court.

The winner of the elections in Wyoming, Mark Gordon, took the most friendly stance towards the industry, supporting the exemption of buyers of cryptocurrencies from taxes, and cryptocurrency firms from laws governing remittances.