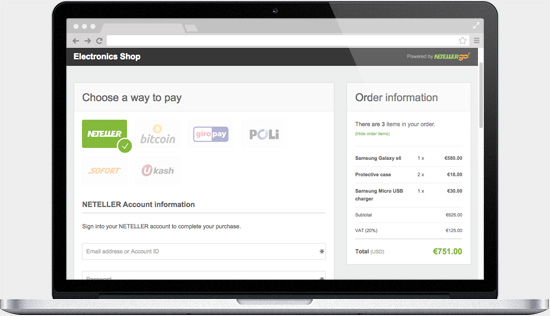 The international payment system Neteller announced that now its users have the opportunity to instantly buy and sell cryptocurrency.

The Neteller report says that at this stage, Bitcoin (BTC), Bitcoin Cash (BCH), Ethereum (ETH) and Litecoin (LTC) operations are available to users. In the future we plan to add other digital assets.

At the initial stage, the option of buying and selling cryptocurrency is available to residents of ten countries, but in the coming months, the company plans to expand the geography of the service to other markets, and also integrate it into a mobile application.

The minimum transaction threshold is set at 10 euros or equivalent of another currency, the maximum amount depends on the transaction limits associated with a particular account.

We add that the possibility of replenishing accounts using Bitcoin in Neteller appeared in March 2015.

Neteller is part of the UK-based Paysafe Group, of which the Skrill payment system is also a part. The latter added the possibility of buying and selling cryptocurrency in July of this year.