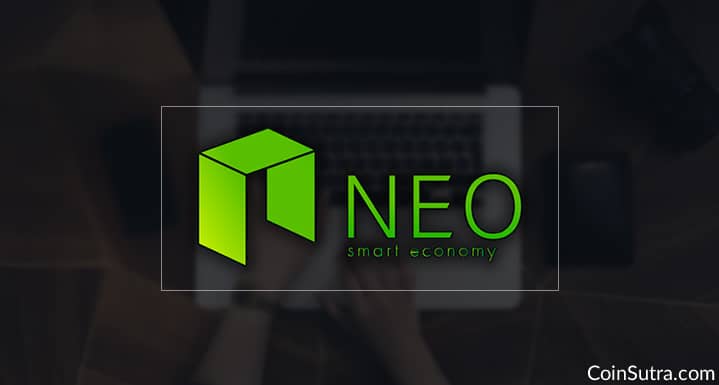 The team of the blockchain platform NEO planned to implement the fork of the NEO Super in November of this year, according to CoinMarketCal .

The new platform, NEO Super, is a global open source payment network, according to data from their official website .

According to the developers :

"The new payment network without centralized control will be implemented in such a way that will completely eliminate the involvement of intermediaries."

Thus, NEO Super will soon be born as a result of the hard fork of the popular NEO cryptocurrency, which will use the Ethereum algorithm to provide users with the fastest possible transactions and take full advantage of smart contracts .

According to the team, the new NEO Super platform, built on the Ethereum engine, will have unsurpassed characteristics, as well as allow you to make the transition from the traditional to the new, truly innovative, economy thanks to the possibility of mining, a convenient multi-platform wallet and service for creating new tokenized assets.

It is reported that the hard fork NEO Super is scheduled for November 10, 2018 at 20:00 GMT. At this point, a snapshot of the NEO network will be taken. All holders of cryptocurrency NEO at the time of the snapshot will receive NEO Super tokens in the ratio of 1: 2. Thus, each NEO coin will be credited with 2 NEOX coins.

“All miners who will participate in the extraction of NEOX cryptocurrency will be rewarded with 5 NEO Super tokens for each extracted block. Software for self-mining and mining of coins using pools will be available in the NEO Super repository immediately after the hard fork is completed. ”

The team also tried to develop the fastest and easiest to use NEO Super web client. The platform allows you to store and use Ethereum digital currency (ETH) , as well as any virtual coins built on the basis of NEO Super. In addition, the web client allows you to easily deploy your own smart contracts.

As the developers of blockchain-startup NEO, the new platform NEO Super will allow you to quickly and easily tokenize anything. All of these digital assets will use the standard API, so a custom smart contract will automatically be compatible with any wallets, exchanges, and other contracts using the same standard.

In this case, the release of tokens can be both limited and variable, depending on the specific needs of customers.

According to the information provided by the “roadmap” :

You can get to know the “road map” of the NEO Super project, as well as the company's “white paper” and the team on the official NEO Super startup website.

Also recently it became known that the organization NEO Global Development (NGD) entered into a partnership with Arqit . Such a message can be found on the organization’s Twitter page:

According to NEO , Arqit is a leading developer in the field of quantum-resistant technologies. Currently, the team is building a quantum-stable blockchain for corporate use, which is based on a modified open source platform database Corda, as well as a unique protocol Proof of Performance.

According to the NEO team, the two collaborating companies will be engaged in the joint promotion of the blockchain and digital technologies.

Meanwhile, the other day, the NEO company announced on Twitter about a meeting in Russia, which is scheduled for October 23. All details of the upcoming event are available here .

#NEO is coming to Russia!
The #NEO 's first meetup in Russia will be held on Oct.23. Look forward to seeing you! https://t.co/V3ok3DbIhw

At the same time, holding a mitap in Berlin in Germany is scheduled for October 26.

#NEO is coming to Germany!
Thanksgiving #blockchain ecosystem, #NEO Look forward to meeting you all! https://t.co/ZGu9lQTEKG

It also turned out that on October 20 and 21, the NEO Blockchain Hackaton will be held in the Netherlands.

#NEOHackathon is coming up this weekend Oct 20-21! Meet with 4 veteran judges @ZekiErkin , @anthdm , Alexakis @KPN , and PeterLinX to share blockchain skills with all participants.
Additionally, we added a bounty program to the event! Find more details here: https://t.co/Ixq1RYwjVU pic.twitter.com/TfZcnT42Iv