Altkoins in 2018 did not show impressive success, the majority fell by 70% or more from the heights reached in January. Neo was no exception and also incurred impressive losses, which erased the profits achieved during the year. But the situation may change, as his younger relative GAS is now experiencing a bullish race with a double-digit growth rate.

Neo at the time of writing is traded 13% higher and for the first time since early September broke the level of $ 20. Daily trading volumes rose from $ 95 million to $ 165 million. The bulk of the deals went to Binance and ZB.com. Before that, the coin reached an annual minimum of September 12 – $ 16.50. 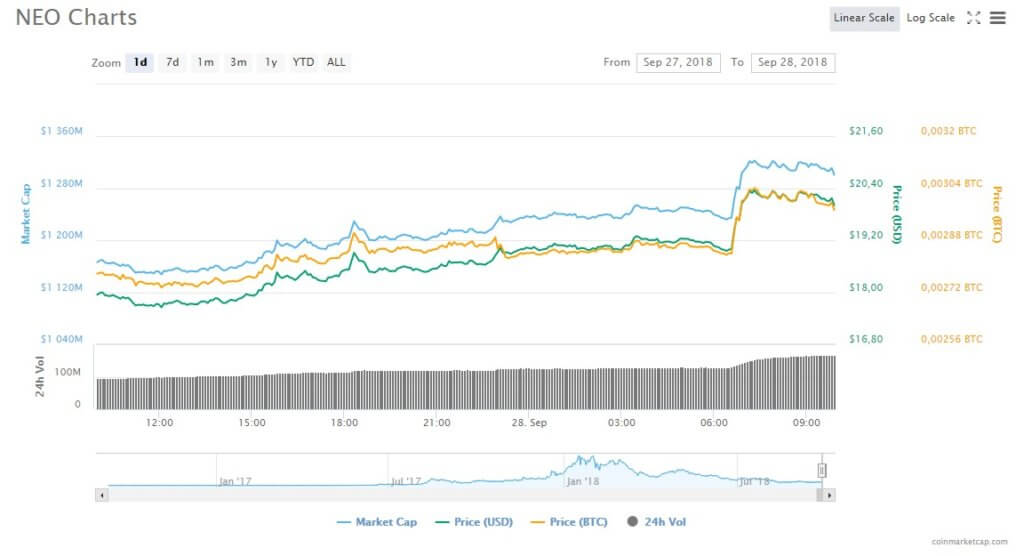 According to the official post on Medium, the launch of the main Neo Name Service network is scheduled for October 9. The service will provide domain-mining and rewards for those who register in the .neo domain system.

Token GAS – Neo fuel – is now actively bought up, because it will be used in applications for domains using NNS. Commentators Reddit have already issued a dozen hypotheses explaining the growth of the token, but the main reason is still related to the upcoming launch and airdrop GAS in honor of the event. 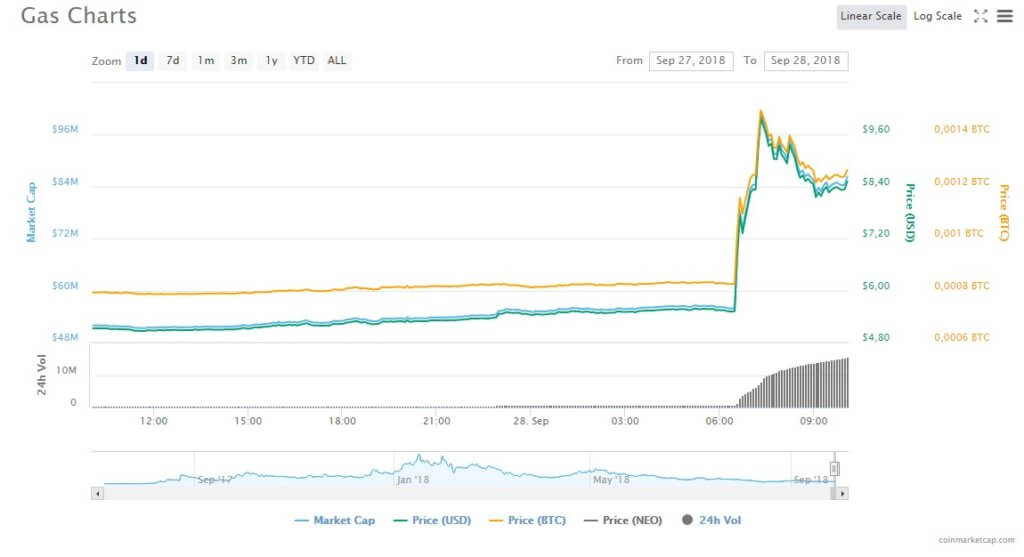 More and more Chinese projects are switching from Ethereum to Neo to launch their decentralized applications. And as the users grow, altcoin should begin to react positively to the movement of the market.