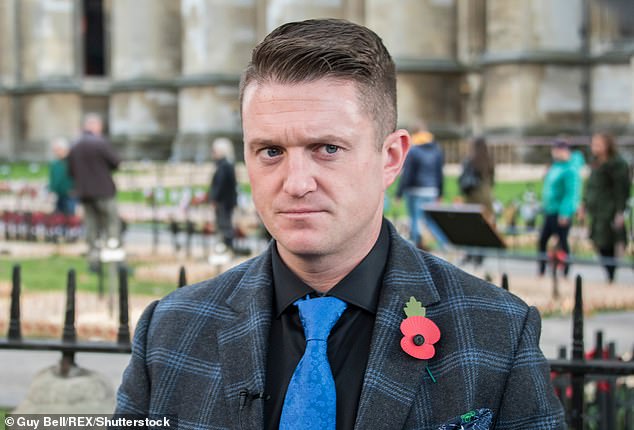 British nationalist Tommy Robinson sharply criticized the PayPal payment system and urged his supporters to make donations in Bitcoin. About this he wrote on his page on Facebook.

PayPal deprived the leader of the British nationalist movement, the England Defense League, the opportunity to receive and send funds through its payment system, freezing the account balance for 180 days. At the same time, the specific reasons for the decision are not indicated, except for the fact that the activity of the ex-leader of the British right-wing forces “contradicts the User Agreement”.

Commenting on the screenshot of the notice, Robinson called PayPal "fascists", who even without naming the reasons for the blocking, "stole funds for six months." He also sent a “far-away” largest centralized system along with its management, indicating the BTC address to which funds can be donated.

Robinson's real name is Stephen Yaxley-Lennon. He founded the extreme right wing of the EDL (English Defense League) in 2009. The organization calls its goal the fight against the "Islamization of Britain." The movement holds demonstrations and street actions, speaking in particular against the opening of new mosques.

Some time later, Tommy Robinson was sentenced to 13 months in prison for contempt of court. The ex-leader of the British Right Forces led the webcast from the Leeds City Court building.

According to the judge, the act of Robinson could affect the course of the case and even disrupt the process, the repetition of which could cost taxpayers "hundreds of thousands of pounds." The founder of the EDL admitted his guilt.

This summer, Tommy Robinson was released.

Earlier, BlockchainJournal reported that as of the beginning of August, Robinson's supporters had donated bitcoins to him for about 20,000 pounds sterling.