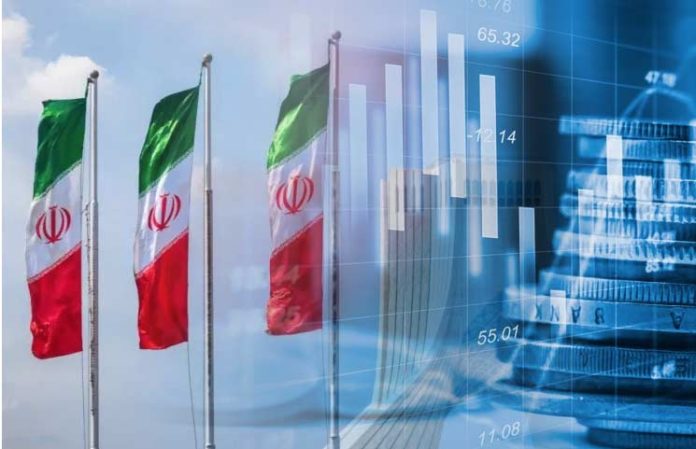 On June 6, the Executive Director of the National Bank of Iran, Mohammed Reza Huseynzade, said that PayMon cryptocurrency would be launched in the country soon.

According to Huseynzade, the cryptocurrency will be issued jointly with a number of Iranian companies: the banks Milli, Millet, Parsian, Pasardjad and the private company Ghoghnoos.

“At the first stage, the cryptocurrency will work in the sector of buying and selling real estate and will gradually cover all areas ,” said the head of the National Bank.

Iran officially announced the release of cryptocurrency – steyblkoin , backed by the country's gold reserves – at the end of January this year. No other country has ever used gold as a security for cryptocurrency (with the exception of Venezuela, but in the case of El Petro, the corresponding declarations, apparently, are simply not true).

The main purpose of the new cryptocurrency is to help circumvent international sanctions.

In February, Hamid Reza Shaabani, a blockchain specialist and founder of Arz-e Digital, a leading analytical portal in the cryptocurrency sector of Iran, spoke about the characteristics of the new Iranian digital currency as follows:

“PayMon operates on the Stellar cryptocurrency network. The purpose of the currency – to establish a secure and reliable communication between users and financial enterprises.

Ghoghnoos has the ability to provide cryptocurrency users with a repository of gold reserves and ensure transparency of the process. The contract with the company stipulates that the owners of tokens may receive gold for them, but the details are not yet clear.

Our agreement with Ghoghnoos provides for countering money laundering and compliance with customer verification rules.

The lion's share of PayMon tokens will enter the market and will be traded in special exchange offices. As for international traffic, everything depends on the decision of the legislators. Chances are high that the cryptocurrency will be traded on world exchanges.

The concept of the gold standard of electronic tokens has never been officially implemented in any country, although in 2017 discussions were held on this matter. There are several tokens secured by gold, but, unlike PayMon, they function independently of the banking system. ”

“If the Iranian cryptocurrency is truly recognized as being backed by gold, then it may well become a real means of settling Iran with other countries of the world.”

There is an important factor here: the main gold trading operators are located in London and Switzerland, so Iran has a chance to legalize cryptocurrency, because Europe, unlike the US, does not support sanctions, needing cheap oil and gas from the Islamic Republic.

So far, Iran is deprived of the opportunity to sell its oil for dollars, and in Europe a company has been established that will conduct barter deals – buy oil, and send the proceeds to European companies exporting industrial goods to Iran, medicines and food.

Denis Lavnikevich did not rule out that Russia could be helped by Iran in creating a cryptocurrency: Russia launched a crypto project under the same name in early 2018. His plans were not only the release of cryptocurrency, but also the creation of a platform for making payments. The Iranian cryptocurrency was created according to the same scheme. Mining with this model is not provided, the only issuer of tokens is the state.

It is expected that PayMon will be represented on the OTC securities market of the Iranian company Fara Bourse. Within a month, on the basis of market demand, it is planned to release into circulation 600 million PayMon tokens.

Publication date 07/06/2019
Share this material on social networks and leave your opinion in the comments below.