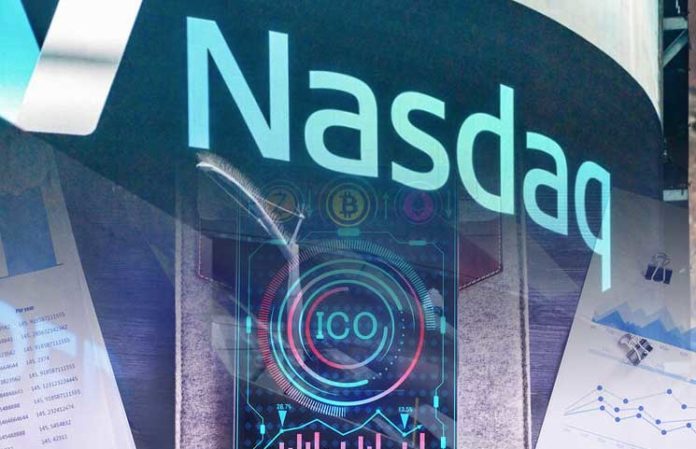 Specializing in shares of high-tech companies, the American stock exchange Nasdaq is considering the possibility of creating a platform for security tokens, The Block reports , citing a source familiar with the situation.

It is expected that the platform will allow companies to issue security tokens in such a way that the entire process complies with the requirements of US regulators.

According to The Block, Nasdaq is in talks with several companies regarding this initiative, including the blockchain startup Symbiont , which calls itself "the leading platform of smart contracts for the institutional application of blockchain technology." In particular, the company's solutions are designed to issue "smart securities" – smart contracts that independently follow the application and execution of the provisions laid down in them, in order to reduce time and costs in managing assets and transferring transactions in traditional systems.

Symbiont’s blockchain solutions are also applicable to mortgages, syndicated loans, private financing and crowdfunding, corporate debt and digitalization of assets. Symbion investors are the ex-CEO of the New York Stock Exchange, Duncan Niedewer, and co-director of Citadel, a US financial corporation, Matthew Andresen. The founders of Symbiont are working on another cryptocurrency project – Counterparty, which is focused on the release of digital assets based on the bitcoin blockchain .

According to sources, the Nasdaq platform will allow both to issue security tokens and to trade them. Thus, if the plan of the American stock exchange is completed, a strong competitor may appear on the platforms Polymath, tZero and TrustToken.

Also, according to the source, Nasdaq has shown interest in tokenized securities since 2015. In 2017, the exchange entered into an agreement with the technology company Chain, which develops financial products and services based on cryptographic registries, and together with it made the first in its history transfer of securities through the blockchain .

Earlier, the head of the Nasdaq, Adena Friedman, called cryptocurrencies “the next step in the monetary sphere,” and even admitted that her company could open its own digital asset exchange. In April, the Nasdaq began to cooperate with the Gemini crypto exchange, providing the latest technology to track market movements.