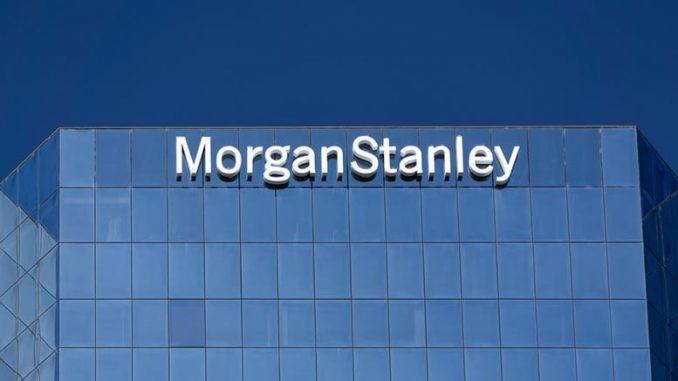 Analysts at Morgan Stanley noted that institutional players are increasingly involved in the bitcoin market , while the number of retail investors is not growing.

In the update to the analytical note “Bitcoin Decrypted”, the research department of the banking giant analyzed the last six months of Bitcoin and highlighted several trends.

The main one is the transformation of BTC from the concept of “digital money” to a new institutional class of investment assets. According to the authors of the note, a number of factors contributed to this, including the registration of all transactions, a number of hacks and hard forks, the emergence of faster and cheaper technologies, market volatility and others.

According to analysts of the bank, the first cryptocurrency has been living for about a year now. They noted that since the beginning of 2016, the number of cryptocurrency assets managed by hedge funds, venture and private investment companies has steadily increased and now reaches $ 7.11 billion.

The statement that large financial players are showing increasing interest in the cryptocurrency space, was confirmed by Morgan Stanley experts, citing in particular the opening of a platform for cryptoinvestors by Fidelity, institutional investments in BitGo, Binance and Coinbase .

Stablecoins on the cryptocurrency market

Analysts of the bank touched upon the topic of the steakbloins, which was popular in recent months. They believe that the tendency to release stable tokens is fueled by the fact that about half of the volume of Bitcoin trading is carried out in pairs with other digital assets.

For exchanges that support only cryptocurrency pairs, steablocoins are a substitute for fiat currency. Stable tokens are also more attractive for consumers, against the background of cryptographic volatility, the authors of the note noted.

They believe that the trend for steblcoins to be released by startups and cryptobirths will continue. But of those coins, only those that will have the lowest transaction costs, the greatest liquidity and a certain regulatory structure will survive.

Recall that Morgan Stanley began providing clearing services for bitcoin CME Group and Cboe in January of this year due to demand from customers. In September , the bank ’s plans to launch trading in complex derivatives linked to Bitcoin were announced.