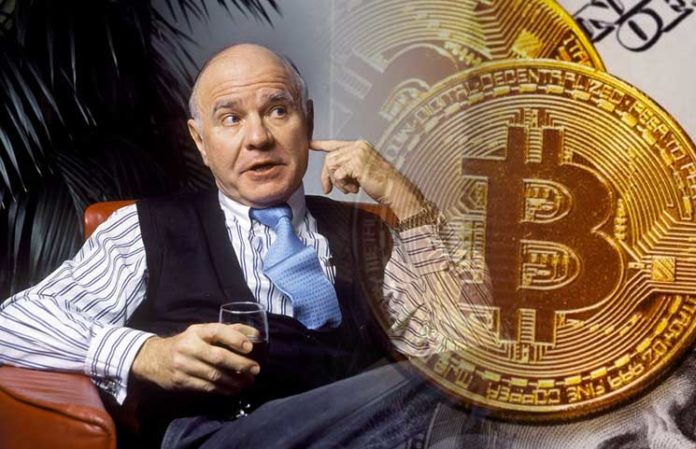 A well-known investor finally understood the creation of Satoshi Nakamoto, and this is what it led to.

73-year-old securities market analyst and investor Mark Faber bought bitcoins for the first time in his life at the end of February. He said that for years he had been trying to figure out what cryptocurrency meant, and only recently he finally understood what was happening.

In addition, he is very happy that he did not acquire bitcoins at a price of 20 thousand dollars, but only slightly more than 3 thousand dollars. Having bought Bitcoins , the most famous Swiss analyst does not intend to stop in the process of studying cryptocurrencies – and this after many years, when he not only “tried” to understand, but also was known as a crypto skeptic. He also admitted that recently the head of Xapo, Venzes Caesar, convinced him to “plunge” into the world of cryptocurrency.

Faber believes that in the future there is a chance that Bitcoin (BTC) may "become the standard for financial transactions in the world." The analyst's opinion is very valuable: he predicted the stock exchange crisis in 1987, the so-called “Black Monday”, for a very long time and correctly.

However, Faber admitted that he now “bites his elbows”, that he did not buy Bitcoin when he was worth $ 200:

"Then I began to be interested in this phenomenon, but I did not understand anything at that time."

How many now bought Bitcoin Faber – on this topic, the investor refused to speak, but said that:

"You can invest as much money in cryptocurrency as you are not afraid to lose."

After a conversation with @wences (CEO of @xapo , who is a supporter of @ 21Lectures ), Marc Faber has invested in #Bitcoin .
Faber predicted the Stock Market crash in 1987 (Black Monday). Take note @Nouriel . https://t.co/EyfbK5S3yn

The President of the Blockchain Association of Switzerland, Lucas Betshart, reacted to the news: he offered criticism of the cryptocurrency to Nuriel Roubini to follow the example of Faber and, after many years, finally buy Bitcoins and understand how they work.

It is worth noting that Faber is a conservative, and according to some information, he does not even use a smartphone.