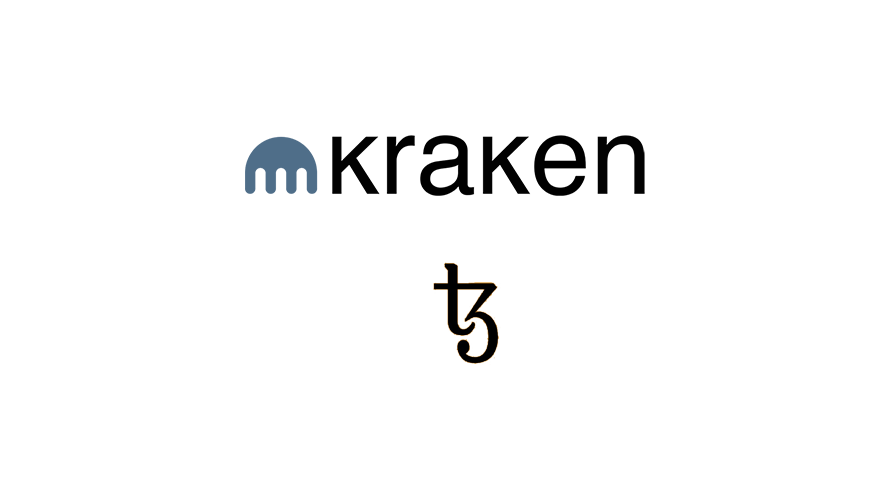 From today, the Kraken Exchange cryptocurrency exchange, which has more than 57 trade pairs for 17 different coins, announced that it will trade with Tezos (XTZ).

According to the announcement, Tezos will start trading from 11:00 (EST) with the following trading pairs: XTZ / USD, XTZ / EUR, XTZ / CAD, XTZ / XBT and XTZ / ETH. 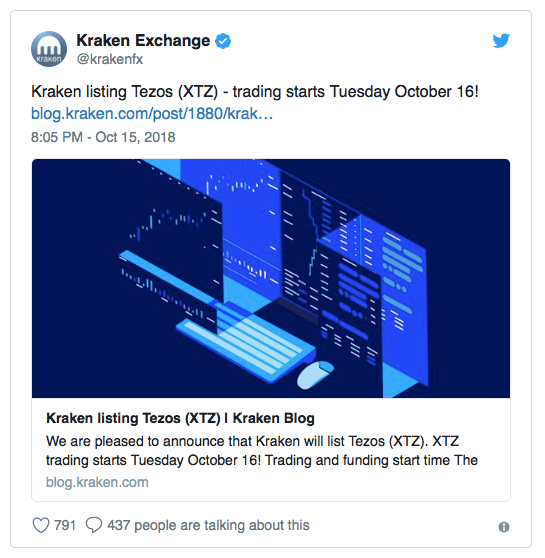 This is the first major listing announcement after the Kraken Exchange has added Cardano (ADA) and Quantum (QTUM) to its platform.

Kraken Exchange also recently ranked second in the ranking of the safest cryptocurrency exchanges. This report showed that Kraken has many advantages, a little behind Coinbase Pro.

As for Tezos cryptocurrency, the listing on the Kraken Exchange was less than a month after Bitfinex added the USD and BTC trading pairs for XTZ.

Currently, the price of the XTZ has increased by 8% and amounts to 1.35 US dollars. Tezos's market capitalization has grown to $ 821 million, making it the 17th largest cryptocurrency according to the AltDex 100 Index (ALT100).