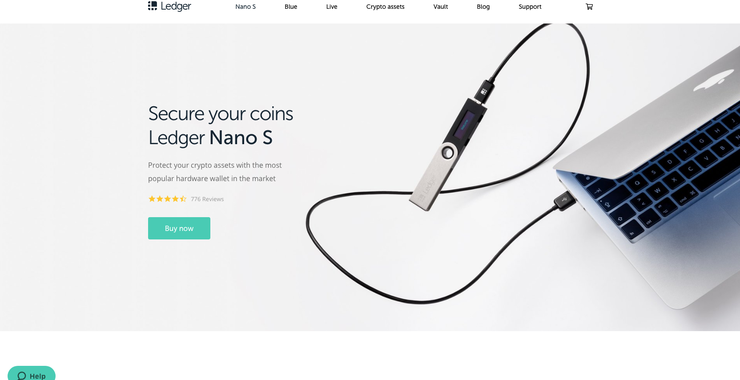 Today the founders of IOTA have announced a new collaboration with the company Ledger. This collaboration will allow the integration of IOTA tokens with hardware wallets for data encryption Ledger Nano S.

Here's how IOTA representatives announced the news on their Twitter: 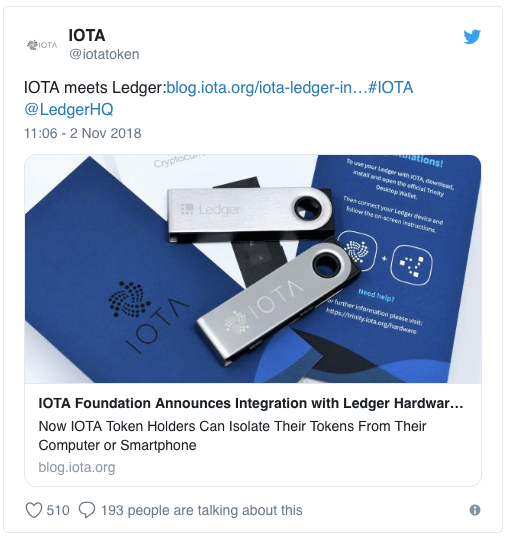 Eric Larchevek, co-founder and CEO of Ledger, commented on the collaboration:

Ensuring the highest level of safety and quality is central to both Ledger and IOTA. Collaboration between teams created a direct synergistic effect that enables users to store and manage IOTA tokens on Ledger devices. We are very pleased to welcome IOTA on our Ledger platform.

As for David Sanstebyo, the chairman and co-founder of IOTA, he stated the following:

Hardware wallets are considered the safest method of storing kripvalyut. At IOTA, we are committed to cooperate only with the safest and most used autonomous cryptocurrency wallet. Ledger has earned a strong reputation in the field of safety and reliability, because the choice fell on him.

The IOTA application can be installed on the Ledger wallet through the latest version of Ledger Live (available for Mac, Windows and Linux).

And what do you think about IOTA cryptocurrency?