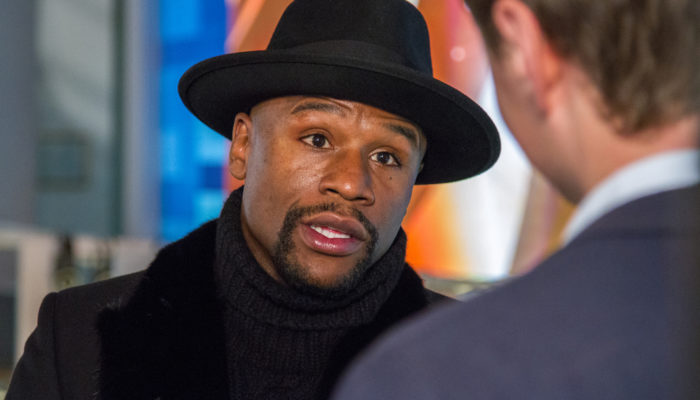 Last year, during the ICO Centra Tech collected $ 32 million. The campaign organizers promised to present a number of financial developments, including cryptocurrency debit cards in collaboration with Visa and MasterCard.

In April, the US Securities and Exchange Commission (SEC) stated that the company was offering unregistered investments in the form of a Centra Token (CTR). The regulator added that on the Centra Tech website are listed participants of the company, which actually does not exist.

It is also noted that Centra Tech provided false information to investors regarding partnerships with Visa and MasterCard. Militiamen detained three organizers of the company.

The lawsuit states that Floyd Mayweather and DJ Khaled must pay damages to deceived investors for advertising the fraudulent project.

Spending bitcoins ethereum and other types of cryptocurrency in Beverly Hill https://t.co/q9VZ3MzpK8 pic.twitter.com/BYyOFUnm8W

Note that in January, the CTR price was about $ 4. Six months later, the token was trading at levels less than $ 0.01.