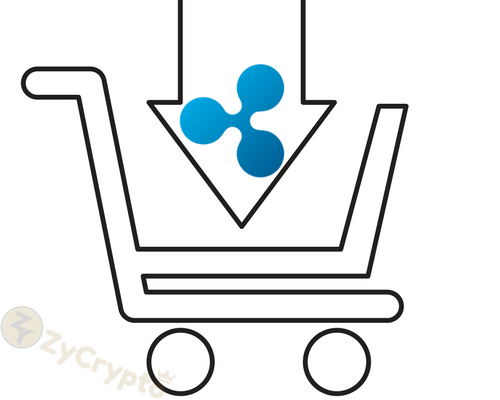 Ripple (XRP) has completed a two-day breakthrough, which signals the continuation of the uptrend. From its downward trend line and the formation of a double bottom a ripple appeared, confirming that the bulls take control of the price action. A long green candle can also be seen on the daily chart and this indicates that a bullish pulse is increasing. 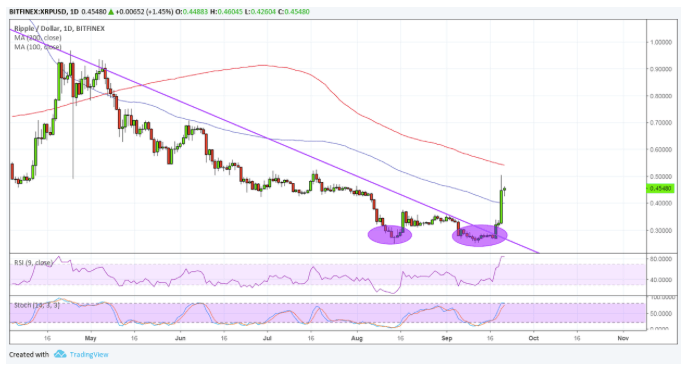 But at the same time, 100 SMA continues to be well below the long-term 200 SMA. This indicates that there is every chance of resuming the sale.

RSI points up, but it also affects the level of overbought. In turn, this means that buyers feel exhausted and can allow sellers to seize power again. The stochastic has the opportunity to rise before it reaches the oversold area, and also reflect depletion among buyers. 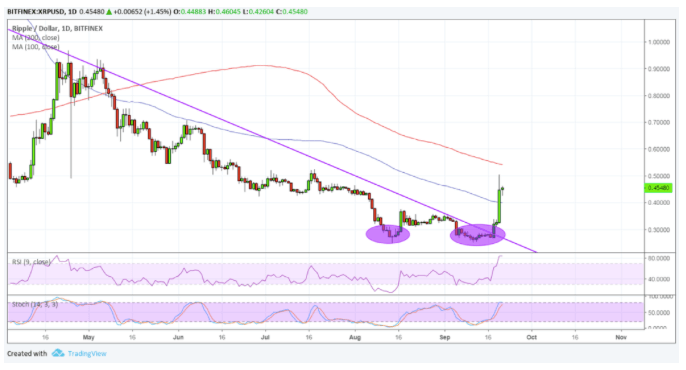 Ripple attracted a lot of attention, as the company noted that they are approaching the launch of xRapid, which will facilitate cross-border payments using XRP itself. A number of large financial institutions are already working with the company through its xCurrent platform, which basically is an instant messaging service between counterparties that update each other during the transaction stages.

The ability to transfer these customers to xRapid will be a huge success and demand for Ripple, so it is clear that traders are trying to snatch a "tidbit" at an early stage.

Executive director Ripple also noted that the regulatory environment has recently improved and become more friendly to cryptographic developments, this led to the fact that the industry hopes to get ahead of the SEC decision about Bitcom ETFs.