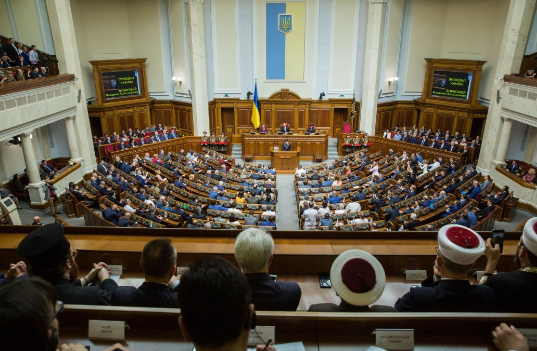 Blockchain4Ukraine, an inter-factional parliamentary group, has been created in the Verkhovna Rada of Ukraine, whose goal is the introduction of blockchain technology in state structures of the country. About this on Facebook wrote a member of the board of the Bitcoin Foundation Ukraine Konstantin Yarmolenko.

According to him, Blockchain4Ukraine is a group of 50 deputies from several factions with a common vision to make Ukraine a world technology leader. At the same time, Yarmolenko noted, only a few days passed from the moment the idea was born and until the announcement of the creation of the association.

One of the first steps of Blockchain4Ukraine will be the introduction of a bill on the introduction of blockchain technology in all state registers of Ukraine. It is assumed that all data and transactions will be hashed and stored in a distributed registry. The bill itself, according to Yarmolenko, is already 100% ready.

The group will also prepare a bill on asset tokenization. In the future, any assets, including state ones, can be tokenized on the basis of a distributed registry, which will ensure an unprecedented level of transparency and attract investment. This bill, says Yarmolenko, will be finalized within 30 days and then submitted to the Verkhovna Rada.

Note that this is not the first attempt to legislatively promote blockchain technology in Ukraine. So, back in 2017, the Electronic Governance Agency of Ukraine, together with the European Bank for Reconstruction and Development (EBRD), began preparing a regulatory framework designed to promote the development of blockchain technology and the cryptocurrency industry.

Also in 2017, the Verkhovna Rada of Ukraine introduced a bill on the legalization of cryptocurrencies and regulation of legal relations in the field of circulation, storage, use and operations with cryptocurrencies.

Both of these initiatives, however, remained unrealized.