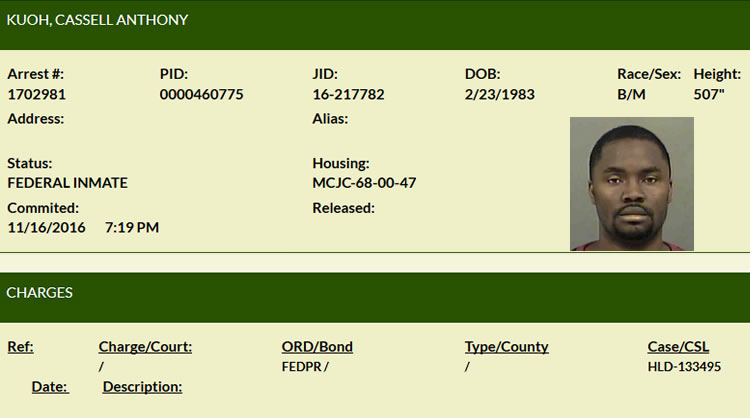 Two hackers suspected of hacking the Crowd Machine crypto currency platform and stealing the tokens for a total of $ 14 million were arrested this week by the Oklahoma City police. This is reported by the news service of Oklahoma News 4 .

Arrested were 23-year-old Fletcher Robert Childers and 21-year-old Joseph Harris, both residents of Missouri. It is assumed that to steal the CMCT tokens, they used a method called "SIM swapping", that is, they convinced the mobile provider to give them control over the number, where there was two-factor authentication to the Crowd Machine administrator account.

"The criminal investigation is ongoing, and we can not give any comments, except to confirm that two arrests were made, " Craig Spraule, founder and CEO of Crowd Machine , said.

According to available information, the detained attackers took a hotel room, where they broke the platform, and then began to transfer the stolen tokens to various exchanges. According to CoinMarketCap, the largest trading volumes of CMCT were recorded at Bittrex and IDEX at that time.

At the moment, Joseph Harris is still under arrest, but his accomplice Childers was released on Friday night. The conditions for release are not reported.

As previously reported by BlockchainJournal, the purse of Crowd Machine was compromised on Saturday, September 22, but the first message about it appeared on the blog of the project only on Monday. According to Etherscan, cybercriminals managed to withdraw more than 1 billion CMCT tokens. Against the background of the incident, the price of the token per day (September 23) fell by 87%.