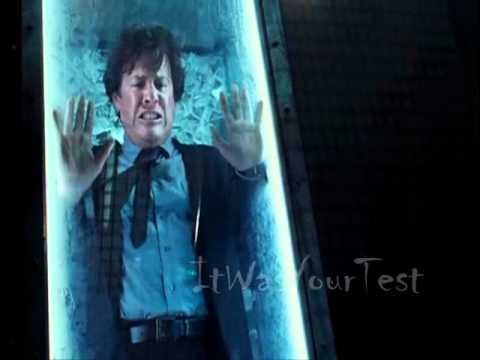 The market of ritual services is not very receptive to innovative technologies, because it exists on the verge of sacred and profane. The delicacy of the theme of death, its cultural and religious aspects require the observance of the boundaries of morality and social censorship, and the affective [under the influence of strong emotions – approx. BlockchainJournal] saturation of the market ultimately determines the monopolization of the funeral industry at the level of creating combines with a full cycle of production and sale of ritual products.

It is almost impossible to imagine how the world decentralized market of ritual services would look. Although with a high degree of probability, IT-technologies would introduce orderliness and transparency into this multibillion-dollar industry.

Adapting the ritual sphere to modern technologies is as challenging as it is difficult to achieve. At the same time, cemeteries on the detachment, cleaning graves for payment in the crypto currency and wills in the form of smart contracts have become a reality today.

MyWish: make out a smart will

In July 2017, the platform-aggregator for the creation of smart contracts MyWish presented the so-called "Will Will Contract." He works on the principle of will, but relieves of paperwork and excludes disputes over inheritance between relatives. The users of the MyWish platform have already signed 100 Will-contracts.

Another type of smart contract works on the principle of "Decisions on reimbursement of expenses for ritual services." A person who has paid for funeral services can receive compensation for his expenses and a percentage for the work done – the necessary amount will be written off from the cryptichelper of the deceased owner, subject to all conditions.

MyWish founder Vladimir Tikhomirov argues that smart contracts are a full-fledged alternative to legal contracts, since first of all they regulate the financial relations of the owners of crypto-currencies.

"Smart contracts are as simple and reliable as possible. It is possible to restore access and automatically transfer funds from one purse to another in case of sudden death or loss of password. The platform with adjustable frequency checks the status of the user's activity, and in case it is not confirmed, translates all cryptosaving to the alternative address specified when creating the smart contract. The process of creating such a contract takes up to 20 minutes, and its price rarely exceeds 2 ETH, " he said.

Tikhomirov notes that the marketing strategy in this industry does not stand out for its exclusivity, especially in the creation and promotion of smart contracts. The target audience of the MyWish platform is the owners of crypto currency.

"Contextual advertising in this direction is most effective. It is configured for the keywords "cryptocreating", "inheritance in the crypt", "life insurance in the crypt", "bitcoin in the inheritance". The age of the target audience for this type of service is 45 years old. After the audience is collected, the statistics and behavior of buyers are analyzed, accents are placed on the interests of the relevant audience, " Tikhomirov explains.

Each smart contract is compiled on an individual basis on suitable terms and conditions with a detailed and transparent list of rendered ritual services. Agents help to formulate all the nuances and correctly allocate savings.

"In our specificity it is important to separate the demand for the company from the demand for a certain kind of smart contracts. To be honest, a smart testament is not the most popular direction. But we still continue to work on it, since our mission is the democratization of the crypto currency and the absolute safety of its use, "said Vladimir Tikhomirov.

In total, more than 3400 users are registered on the MyWish platform, which over 1800 have concluded over 1800 smart contracts.

In early September, the project announced a collaboration with the ecosystem of EOS. The latter has the potential to scale up to millions of transactions per second and thanks to the consensus algorithm, DPoS provides instant transmission of crypto currency. MyWish has already released Airdrop-token EOSISH specifically for smart contracts on EOS blockbuster. The ability to create wills in the new network will appear later.

The globalization of the world has led to the fact that people change cities and countries, sometimes thousands of kilometers from memorable burial places of relatives. Find a contractor who would monitor the grave at a distance, but without coordinates and photos it is difficult to explain its location, and to ensure that the funds go to their destination, as a rule, not.

In 2017, a ritual blockbuster-marketplace TombCare was created, which took up inventory and the creation of a single search base for burials around the world, as well as rendering services for the care of graves.

"On the Internet and before the launch of our project there were many requests for the installation of monuments, the harvesting of graves, the delivery of flowers and wreaths to the burial site, the sale of places to the cemetery, but there was no single window for ordering funeral services. TombCare set a goal to make this process transparent and convenient for both customers and service providers, "says Andrei Simonov, CEO of TombCare.

To motivate users to conduct an inventory of graves, TombCare presented a mobile application TombTrack for the so-called "mining in the cemetery", which brings revenue for contributing to the creation of a single database in the system.

"A registered user goes to the cemetery and photographs the burial sites. In the blockade are recorded data on each grave and the person who entered the information. When one of the places is ordered services – a person earns 5% of the order amount in CARE tokens, "explains Simonov.

In addition, the CARE token works as a means of converting between fiat and crypto-currencies within the system.

According to Andrei Simonov, the blockade is able to defeat corruption and fraud in the ritual services, thanks to the decentralization and reliability of the entries made in it.

"If ritual services decide to register with us their services with public prices and territorial linkage, it is possible that the mechanism for entering the market will change. User TombCare will be able to select a contractor from among the city's ritual services, and the service will guarantee the quality of the work and its payment. In addition, the inventory of cemeteries will exclude the possibility of reselling grave sites where ritualists earn a large "black cashier", " TombCare CEO notes.

In early 2018, the TombCare team managed to raise funds for development in the amount of $ 1 million . CARE tokens are traded on BTC-Alpha and EtherDelta exchanges, and the project itself is actively developing on the European part of the continent.

"In Kaliningrad, there are cemeteries that were badly damaged during the Second World War, and people from Germany want to find the burials of their relatives. On this issue, we cooperate with archives, municipalities, historians. Of great interest is also visible on the part of representatives of the Jewish people, who for a long time lived in Ukraine, Russia, but left for Israel or the United States. For them, a sense of belonging to a certain history and its preservation is very important, "says Simonov.

For half a year the project showed a positive dynamics of development:

In the near future TombCare plans to launch an advertising campaign for miners and increase the number of inventories. A couple of months will be available to the user interface, which will allow you to order services for already inventory sites.

The idea for a startup: a graveyard on the blockhouse

In the future, these services lead society to the idea of ​​creating a global virtual cemetery. This concept on his personal website was described by Ilya Boev, bitcoin-evangelist and managing partner of CryptoTrust.

According to him, the introduction of the block into the land cadastre and the procedure for registering the land is potentially applicable to cemeteries. The register of the virtual cemetery will consist of GPS-coordinates of burials. In the web application, you can specify links to social networks and personal blogs of the deceased, as well as provide additional services in the form of database updates or reminders of an important date. Support the network offered at the expense of donations.

"The Internet user can find out information about the deceased," come "to him on the grave or think about it. In the future, you can abandon the graves as such, replacing them with an identification sign with a GPS-sensor. I believe that this idea will be appreciated by geeks, but I doubt that it will acquire a scale in the next 50 years. Until there is a mass understanding of digital technologies, people are unlikely to go to the cemetery on the Internet, "explains Ilya Boev.

Not the least role in the adoption of the concept of a virtual cemetery can play a national mentality.

"In Europe they love such things. Recently, a capsule was invented there, into which man's ashes and tree seeds are placed, and the person continues to live in the form of a tree. In Russia and the CIS countries this idea from the ethical point of view is likely to be perceived with hostility. Ritual services around the world remain an archaic environment, they are very difficult to innovate, "Boev said.

An original attempt to connect the theme of death and the virtual world was undertaken by the social network Facebook, giving users the opportunity to appoint a trustee, who in case of death can take their account or set a memorable status on it. However, it is too early to talk about the creation of a certain decentralized afterlife of the accounts.

"Blockade is not a panacea or a super-tablet. Blocking is needed wherever the unchangeability and sacredness of the data is important. The idea of ​​its use in the ritual sphere is quite interesting. However, it is worth considering that this is a very crude technology, and not all people understand what it is. Therefore, to make a final bet on the blockade in the fight against the cemetery mafia is not worth it, " Ilya Boev summed up.