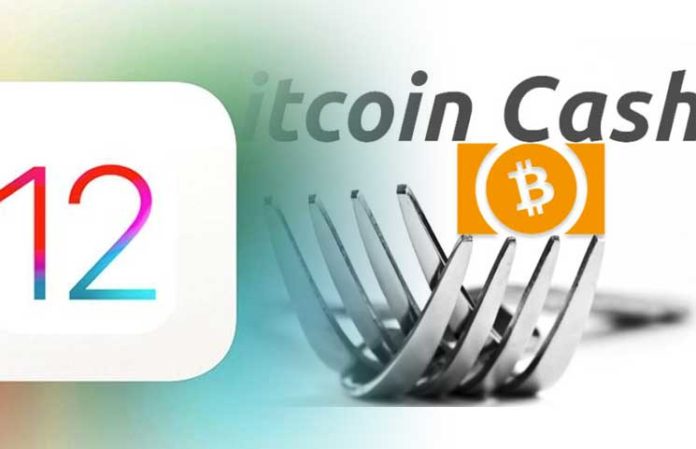 In the traditional Sunday review of BlockchainJournal, there is an update of the annual minimum price of Bitcoin, hardfork Bitcoin Cash, the triumph of steakbloins and the complete transition of Kik messenger to Stellar.

Back to the past

The price of Bitcoin has updated the annual minimum – after breaking through the long-suffering support in the region of $ 6,000, the price turned out to be at the levels of October last year.

This collapse began on Wednesday , November 14th. Traditionally, the falling price of the first cryptocurrency pulled the overwhelming majority of other digital assets.

As can be seen from the data of CoinMarketCap, by the end of the week, almost all the representatives of the top ten ranked significantly:

Only XRP is moving against the market, which has already firmly established itself on the second line, again pushing Ethereum. The market capitalization of XRP has reached $ 20 billion.

The total market capitalization is $ 185 billion , which is about four times less than the values ​​of the beginning of January of this year. It can be assumed that the majority of crypto funds created this year suffer serious unrealized losses.

Testing the hamsters nerves, they add fuel to the fire of analysts. So, Rob Sluimer from Fundstrat Global Advisors believes that “it will take weeks, or even months” to restore a more or less favorable technical picture on BTC.

A cryptanalyst and creator of the MVRV indicator Makhmud Muradov is sure that the worst is yet to come.

1 / The unwind is far from over. pic.twitter.com/K6zfhEOHk2

In a series of tweets, he notes that the "bottom" of Bitcoin prices may be around $ 3,000. Muradov is also convinced that market cycles are getting longer in duration.

In his analysis, he relies on the Bitcoin Network Momentum indicator . According to Muradov, after the current growth of transactions in the Bitcoin network, growth will follow, but it will start no earlier than mid-late 2019.

The hardfork Bitcoin Cash , which occurred on November 15, became a resonant event of the outgoing week. As expected, the blockchain of the main fork of Bitcoin was divided into two competing chains.

The first block in the Bitcoin ABC blockchain has added a pool of Roger Vera. Directly in front of the hard forks, Bitcoin-Jesus sent considerable power in support of the updated chain.

After some time, the first Bitcoin SV unit was also mined. However, the support for this implementation is not that great, given that the BCHABC asset is trading significantly higher than BCHSV:

On the same service, there is a notice that allegedly the majority of cryptocurrency companies and exchanges consider “real” Bitcoin Cash the implementation of Bitcoin ABC. However, many trading platforms have added support for Bitcoin SV under the tickers BSV and BCHSV.

As for the charging of coins, Bitfinex, Poloniex and, a bit later, Binance were among the first to do this.

The current weighted average rate of Bitcoin Cash is below $ 400. On the corresponding page of CoinMarketCap there is a notice that the BCH I / O is frozen on many exchanges.

The surge in demand for steyblkoiny

Amid the collapse of the market capitalization, there was an abrupt increase in demand for steyblcoins. According to Amarkets lead analyst Artem Deev, investors see the “safe haven” in stableblock during periods of uncertainty and this puts a lot of pressure on the price of bitcoin .

Indeed, amid the collapse during November 14-15, trading volumes with steymbcoins significantly increased. At the same time, Tether (USDT) is still, in fact, a monopolist in this segment, significantly outperforming all the new stablecocks taken together in terms of capitalization.

During the tax audit , mining enterprises in the Chinese provinces of Xinjiang and Guizhou were suspended .

At the time of the inspection, the authorities disconnected the mining farms from the grid. As a result of this, the enterprises suffered daily losses of 1 million yuan (about $ 143,700).

Companies will have to significantly tighten the rules of work and, in particular, to refuse to serve customers who have not been verified.

Obviously, the actions of the Chinese authorities were one of the reasons for the fall of the bitcoin network bit rate, which has dropped by almost 20% since the beginning of the week.

Mining on the verge of break-even

According to the experts of Susquehanna, most of the miners of Ethereum cryptocurrency balance to the point of break-even . In other words, the cost of electricity is approximately equal to the income from the mining of coins.

The main factor reducing the profitability of the extraction of ether on video cards was a significant drop in the price of this cryptocurrency from $ 1,350 in January to $ 175 at the moment.

The loss in the corresponding segment is borne by the manufacturer of NVIDIA video cards.

Kik's refusal from Ethereum in favor of Stellar

According to the developers, Stellar has now transferred the Kik messenger from the Ethereum blockchain to a more productive one.

In March 2018, the company developed a system to work on both platforms. Ethereum was used for greater safety, and Stellar – to increase speed. For interaction between blockchains, a system of atomic swaps was developed.

Now the company will stop atomic swaps with ETH. Also at the Kin Ecosystem Foundation, they are working on a tool for outputting KIN tokens from the Ethereum blockchain.

Progress in the development of the Lightning Network

The outgoing week is not only full of negative events – the number of active Lightning nodes in the Bitcoin network has exceeded 4,000 .

According to the 1ML service, currently these nodes connect 11 353 payment channels, through which a total of 332 BTC is transmitted (approximately $ 1.87 million).