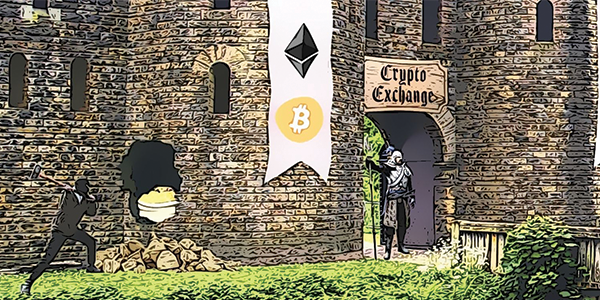 In the traditional Sunday digest, Bitcoin attempts to break the downward trend, change of leadership at Bitmain, the final formation of the third venture fund from Pantera Capital and other key events of the week.

This week, Bitcoin again gave hope to a rapid recovery, breaking the $ 4000 mark on the Bitstamp exchange. According to the CoinMarketCap analytical resource, on Saturday, the first cryptocurrency quotes reached $ 4,275, but then local correction began.

At the same time, an analysis of futures contracts showed that large market players are closing some of their long positions in favor of short ones, probably preparing to lower prices.

Unfavorable, however, the expected event for market participants was the next postponement of consideration of the application of SolidX and VanEck companies to the launch of Bitcoin-ETF by the US Securities and Exchange Commission (SEC). Now the decision should be made before May 21.

If we talk about the long term, then Pantera Capital also noticed a hotly debated correlation in the community between the halving date and the price increase. So, if the trend continues, the first cryptocurrency can reach the bottom on June 10 – 348 days before the event. The bear market itself does not frighten the company at all, and even managed to attract $ 160 million for the activities of the investment project Venture Fund III.

Note, CoinMarketCap acknowledged that the problem of fake trading volumes is real, and promised to fight it. In particular, the resource will track traffic from cryptocurrency exchange sites, cold and hot wallet balances, as well as liquidity indicators.

This was a continuation of the scandal that erupted after the publication of the report of Bitwise Asset Management, in which it is argued that 95% of the trading volume on unregulated trading floors does not correspond to reality.

Nevertheless, the head of the bitcoin-exchange Binance Changpen Zhao is convinced that such reports in the long run will have a positive impact on the development of the industry and make it more transparent. It should be added that the popularity of alternative analytical resources, which allegedly reported real indicators, has sharply increased: OpenMarketCap and OCFX Dashboard from Messari.

This week, Bitmain, the largest manufacturer of mining equipment, confirmed the departure of co-founder Jihan Wu from the post of CEO. His place was taken by Haichao Wang, who previously headed several divisions.

At the same time, Wu retained a chair on the board of directors, where he will determine the strategic development of the company, whose well-being is now in question.

Thus, on March 25, the Bitmain request for IPO on the Hong Kong Stock Exchange (HKEX) expired. The mining giant promises to file a repeated application in the future, however, according to some sources, investors are already extremely dissatisfied with the situation and even prepare a class action suit.

Bitmain investors can file a class action against the company https://t.co/VznmMh0efP #Bitmain # mining

At this point, according to the chief director of strategic Blockstream Samson Mow, Bitmain mired in debt to contractors and suppliers, and sells Antminer S15 device at a loss to cover at least part of the costs. Moreover, the new 7-nanometer chip is allegedly not viable.

In the media, there were also rumors that in the run-up to bitching bitching, which will be held in May 2020, the company will release ASIC miners of the new generation.

Delivery of the same models S17 and T17 will begin on April 9.

This week, the Singapore cryptocurrency exchange DragonEx has become a victim of hacking. Hackers have stolen both the users' funds and the assets of the site itself, but the amount of damage remains unknown.

It should be noted that the exchange immediately promised to pay damages related to the incident, and law enforcement officers from Estonia, Thailand, Singapore and Hong Kong are already involved in the investigation.

Also, representatives of the site made public the addresses to which the attackers brought assets, urging other exchanges to block relevant financial flows, if possible.

A more complicated situation has developed around the platform CoinBene, which on March 25 closed the I / O of cryptocurrencies, announcing the start of technical work and updating of the wallets. Nevertheless, this seemed rather strange to users, since the exchange had not previously reported such work, and soon they found two Ethereum addresses from which funds were actively withdrawn in Maximine Coin, CoinBene Coin and other ERC-20 tokens.

CoinBene's official statement about the complete security of the assets of many did not convince and the investigation into the potential hacking continued. As a result, analysts of the research organization Elementus found that the stock exited funds totaling $ 105 million. At CoinBene, this data has not yet been commented on.

The main mystery of the week

Mysterious user WalletBuyer has announced his readiness to purchase old Bitcoin wallets for $ 5000. He posted the corresponding announcement on the cult forum BitcoinTalk. Wallets must meet the following requirements:

Many users have suggested that, behind WalletBuyer, hides nChain senior researcher Craig Wright, who has long been unsuccessfully trying to prove to the world that he is the creator of Bitcoin Satoshi Nakamoto.

Nevertheless, a more plausible theory says that this person or group of people needs to legalize big business.