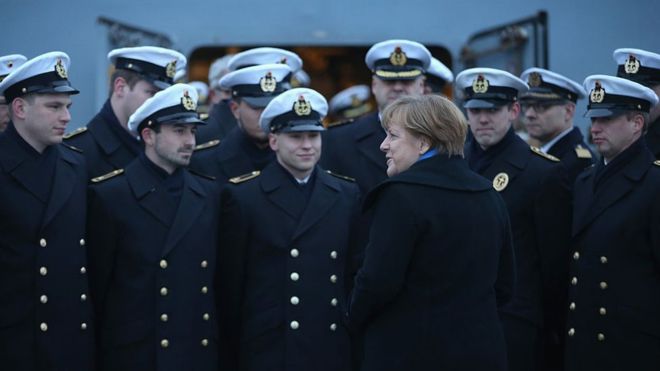 Germany’s financial regulator, the Federal Financial Supervision Authority (BaFin), is making efforts to coordinate the activities of the EU financial supervisory authorities towards the unified regulation of the initial supply of coins ( ICO ).

BaFin president Felix Hufeld, in an interview with Handelsblatt, criticized the “too slow and awkward policies” of the German regulatory authorities and believes that the time has come for European, and even better, for global regulation around the world.

Germany’s financial regulators have long called for globalization of cryptographic control, but so far to no avail, since many countries, including European ones, are skeptical of the emerging class of assets and do not consider new financial instruments seriously.

Felix Hufeld, a lawyer and president of BaFin, believes that ICOs are too risky due to minimal investor protection.

“The number and volume of investments in ICO are growing tremendously. Investors usually have minimal rights, ”the lawyer expressed his point of view.

“As often happens with new, emerging market segments, many of its aspects are completely unclear, which attracts happy, but ignorant adepts.”

Regulators are closely watching the new market and are discussing ways to adapt it to legal norms. Some countries rely on the opinions of those who apply innovations in industry, business and society, and rely on their help in regulating the emerging market.

The president of BaFin believes that regulators should not “strangle innovation”, but at the same time they must prove their ability to protect investors and other players from danger. At the same time, Hufeld emphasizes the importance of protecting the right to the privacy of investors and determining minimum standards that ensure the transparency of contractual relations.

Money laundering remains one of the most serious reasons because of which governments and regulatory agencies still fear the market for cryptocurrencies .

In November 2017, BaFin issued a warning about a number of risks associated with initial coin offers (ICO), a highly speculative form of corporate and project financing. And while new sources of funding, such as ICO, especially for young innovative companies, should be welcomed, situations where the existing regulation, which is designed to minimize risks in the interests of consumer protection and the integrity of the financial market, cannot cope with its role.

Against this background, BaFin informed investors about such risks as the potential loss of all invested capital when buying ICO tokens .

In January 2018, a member of the Board of the Central Bank of Germany (Bundesbank) Joachim Woomeling made a statement that national rules are not enough to regulate cryptocurrency, since the new class of assets has become a global phenomenon:

“Effective regulation of digital currencies is real only due to the greatest possible international cooperation, since the regulatory power of nation states is clearly limited.”

This statement was made at the beginning of the year, when Asian states, including the People’s Republic of China, banned ICOs and closed cryptobirds .

In February 2018, France joined Germany. States in two voices called for a common effort to bridge the legal gap in legislation. As the key economies of the European Union, Germany and France signed a message addressed to the G20 finance ministers, which stated that "tokens can pose significant risks for investors."

And in March, the vice-president of Bundesbank, Claudia Buch, in an interview with Reuters, noted that the crypto pits need to be regulated, although he does not pose a threat to financial stability.

“Speculations on the volatility of virtual tokens do not represent a systemic threat, since they are not funded by lending. But regulators should consider the possibility of introducing consumer protection rules, given that such speculation can be costly for investors , ”said Butch.

The Vice President of the Central Bank of Germany especially noted the role of crypto assets in money laundering and criminal activities:

“The participation of digital currencies in the shadow business must also be carefully studied.”

Germany is committed to uniting global regulators to address the issue of the legality of ICO. It is comforting that the Old World is not inclined to global prohibitions, but only to reasonable legal regulation.