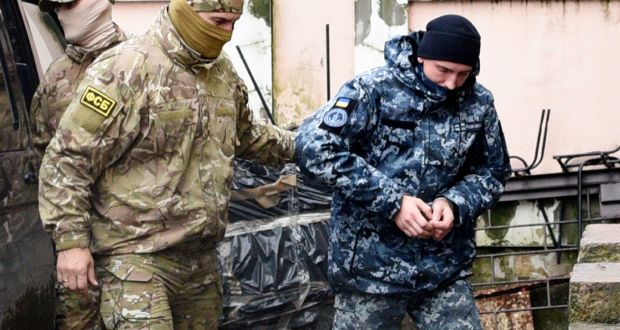 The FSB of Russia sent to the highest legislative body of this country its comments on the draft law on digital financial assets (CFA), pointing to “excessive manufacturability” and insufficient attention in this document to the topic of illegal money laundering using cryptocurrency .

According to Anatoly Aksakov, the head of the State Duma Committee on Financial Market, this issue was not settled in the draft law “due to the complexity and debatability of the position” on it, but it should be closed before the end of the year.

“The position of the FATF, based on the information of Rosfinmonitoring, is such that they welcome the wording of the law, which is prepared for the second reading, this is the first step towards resolving this issue, but at the same time during 2019 we must prescribe in the legislation ,” Aksakov.

According to the deputy, the bill is planned to be considered in the second reading at a meeting of the State Duma on March 19. It will not mention the concepts of “cryptocurrency”, “token”, “digital money” and “smart contract”, and the CFA will recognize digital rights, including obligations and other rights, including monetary requirements, as well as the possibility of exercising rights to equity securities and the rights to demand the transfer of equity securities, which are enshrined in the decision to issue digital financial assets.

According to TASS information, according to the text of the document, legal entities or individual entrepreneurs (IP) will receive the right to issue a CFA – in cooperation with a special information system operator, who maintains a register of users.

The decision to issue such a CFA should be signed with a reinforced qualification signature, and the decision to issue it should be posted on the company's website or operator and should be publicly available until the obligations of the person who issued the asset are fully fulfilled. In this case, the decision to issue a CFA for an indefinite number of persons is considered a public offer, and the Central Bank will be able to limit the amount of investment in such assets for unqualified investors with its regulatory acts.

At the same time, the document will contain such a technological element as digital operational signs – a set of electronic data obtained according to the rules of the information systems of the CFA and not related to them. The right to determine cases of implementation of the release and use of digital transaction marks will be given to the Bank of Russia, which will also establish the order of these processes.

In addition, the law intends to stipulate that the information system operator intending to issue a CFA must be registered in the Russian Federation, be a credit institution, depository or person entitled to carry out the activities of the trade organizer, and meet the requirements of the Central Bank to the governing bodies, the internal control system, and also to the protection of information.

The operator of an information system that records the rights to shares of a non-public joint-stock company issued in the form of a CFA must possess a license of a professional participant in the securities market to carry out registry activities.

Recall that the bill “On digital financial assets” was submitted to the State Duma of the Russian Federation in March last year and passed the first reading at the end of May. In November, due to a number of shortcomings, the document was proposed to be returned to the first reading stage and substantially changed.

Publication date 03/19/2019
Share this material on social networks and leave your opinion in the comments below.