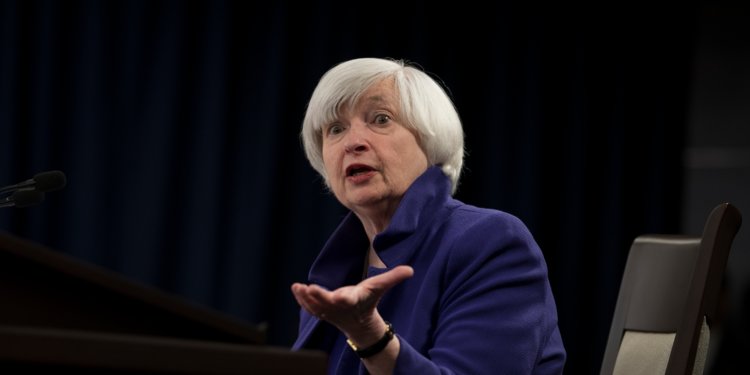 Known for her dislike for bitcoin, the former head of the Federal Reserve, Janet Yellen, now has a small amount of cryptocurrency, reports CoinDesk .

Back on Monday, October 29, during a speech at the Canadian FINTECH forum, Yellen told why she did not consider Bitcoin to be a form of money useful to society. In this case, she called the blockchain "important technology."

However, the next day, according to the email that CoinDesk had at their disposal, the founder of the digital gift service Biterica Raz Suprovichi sent Yellen 0.0031642 BTC (approximately $ 20) using her email address at the University of California at Berkeley.

According to the former head of the Fed, she received a gift, but did not have time to get acquainted with its contents in detail.

“I really received the bitcoins as a gift this morning, but I was very busy and therefore did not understand ,” wrote Yellen.

In a conversation with CoinDesk, Suprovichi said that he wanted to help her learn more about Bitcoin. The gift, he said, would be best suited for this mission.

“Based on how she [Janet Yellen] spoke about him [BTC] at the conference, she apparently never had any Bitcoin ,” added the founder of Biterica. – People are afraid of the unknown. I hoped that when she entered her Bitcoin wallet with an ID and password, she would make sure that it looked like a regular bank account. There, the money she owns is under her control, ready to be spent. Hope this will make it more open to technology. ”

Finally, Suprovichi expressed the opinion that it would probably do well to donate some bitcoins to all legislators.

Recall that in July, Janet Yellen stated that Bitcoin is not a real currency. The cryptoactives, according to her, are applicable mainly for money laundering.