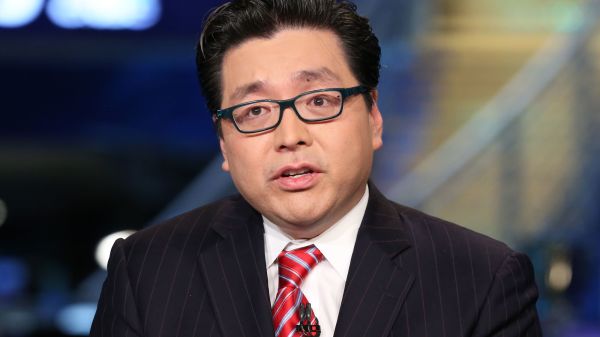 Financial analyst and former chief strategist JPMorgan Chase, Tom Lee, believes that stabilizing BTC at $ 6000 and two catalysts in the next two months can significantly raise the price of bitcoin. He stated this in an interview with Bloomberg.

"$ 6000 is a level that is more important than it seems to us. Earlier this year, we pointed to a mark of $ 6000 as a breakeven point for Bitcoin mining , so this level should be withheld. The fact that BTC remains at this level is very good news. I believe that at the end of the year there are catalysts that will help reverse the trend , "the analyst said.

According to Lee, these catalysts are the strengthening of the infrastructure of the crypto-currency market and the fear of missing something important (FOMO) among crypto-currency investors.

Over the past few months, Bakkt , a crypto exchange, created by ICE, Starbucks and Microsoft, is building the first regulated platform, the main purpose of which is to act as a trusted custodian and broker for large investors.

According to the analyst, in the end, the launch of these products will allow institutional investors to enter cryptography. But before it becomes possible, bitcoin needs to grow.

In early 2018, Tom Lee predicted that by the end of the year the price of bitcoin would reach $ 25,000. In May, he confirmed his forecast. However, judging by the current situation on the market, this level is unlikely to be achieved.

Nevertheless, given the stabilization of the price of bitcoin at around $ 6000 from the end of July, it is likely that the crypto currency will resume its growth in November-December 2018. During this period kriptornok historically is inclined to show new records.

Recall that according to the head of Galaxy Digital Mike Novograts (Mike Novogratz), by the end of 2018, bitcoin will grow by 30%, and in 2019 it expects a new rapid growth.