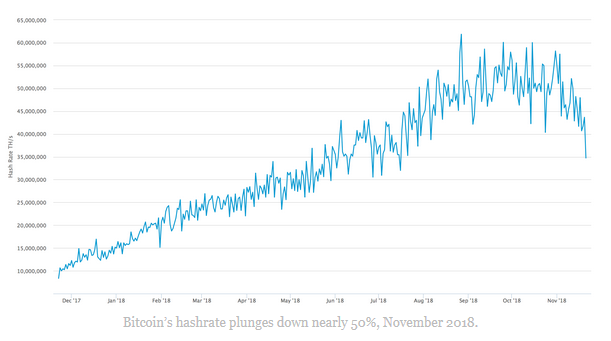 The founder of the sixth largest mining pool F2Pool [China] published a video in which a huge number of mining devices are simply unloaded onto each other near an unknown building. Also from his WeChat-account, he shared a photo of a person who allegedly sells or buys miners by weight.

Co-founder of F2Pool (Discus Fish) on Wechat today. Credits to him 🙂 pic.twitter.com/PYOOiulSWT

Note that some users are convinced that the video and photos captured the effects of the June floods in Sichuan province, when several large mining farms were allegedly destroyed.

The founder of F2Pool added that he was not sure exactly when the video was shot, but shared photos from his own sites, and said that tens of thousands of devices were disconnected, since bitcoin mining for some people was no longer profitable after the recent price collapse .

Tens of thousands of #bitcoin miners have been shunted down by the recent mining crash, one of the oldest mining pools in China. https://t.co/6SHeF4Yy3I pic.twitter.com/sSJ9WHq13Z

We will remind, earlier in the trading company Susquehanna said that the Etuum GPU mining has ceased to be profitable.