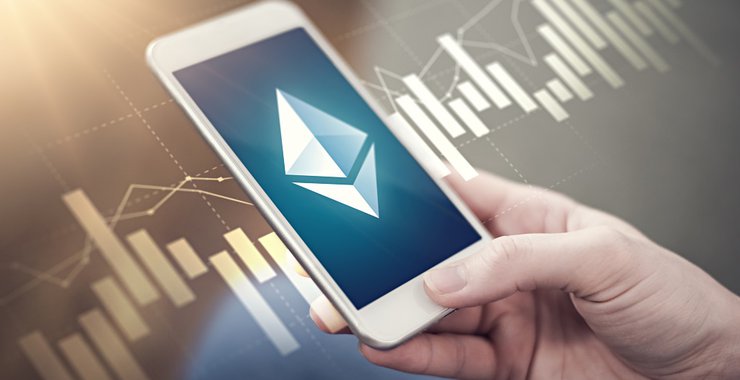 The Ethereum blockchain development team is accelerating work on creating a plan for a large-scale update of the cryptocurrency network in the middle of next year. Information about this update has not previously been disclosed, it can significantly expand the capabilities of the system in the short term.

The update is called “ethereum 1x” and can be activated in June 2019. At an Ethereum conference last month, in a conversation with CoinDesk, one of the developers who wished to remain anonymous said that the update was too early to discuss it publicly, while others refused to comment.

The protocol of closed meetings on this topic was published on Github by the developer of the Ethereum virtual machine (EVM) Greg Colvin on Friday. Commenting on the situation, Parity’s release manager for Parity Afri Schoedon, Ethereum, said that he did not know anything about the existence of this document and plans for the implementation of the update.

At one of these meetings, the creator of Ethereum, Vitaly Buterin, the founder of Consensys Systems, Joseph Lubin, and other prominent members of the community, including Lane Rettig, Peter Siladi and Hudson Jameson, attended.

According to available information, Ethereum developers may be forced to make changes to their public roadmap in order to make possible improvements in the shortest possible time. The discussion concerned several changes that could be included in the next hard fork of Ethereum, scheduled for June, and which were not previously considered possible in 2019.

The update kit includes the replacement of the Ethereum base virtual machine (EVM) for processing the code of smart contracts . “Rental” payments for smart contracts can also be integrated in order to curb the growth of the Ethereum blockchain, which for complete archive nodes now amounts to about 1 TB. However, the last point, according to Buterin, still requires "significant processing."

The defining principle of the project, according to the published documentation, is “a sense of urgency”. Although the update remains at an early stage, in the past, developers have already discussed the possibility of replacing EVM using eWASM, which will allow faster and more optimized calculations.

Developers during meetings also stressed the importance of working in closed conditions, which should allow them to move faster. Buterin, for his part, is in favor of publicity and claims that “private institutional calls are inconvenient for him” and, moreover, he is set up “absolutely negatively in relation to closed forums”.

Schoedon this Friday expressed dissatisfaction with the fact that planning was carried out without public participation.

“If you want to form a closed working group, this is normal and relevant, but you must maintain transparency and, maybe, start with a public announcement,” he said.

It is known that so far at least three working groups have been formed: to work on EVM changes, discuss the cost of servicing smart contracts, and encourage such changes.

To discuss their future actions, the developers will meet again on November 30th.