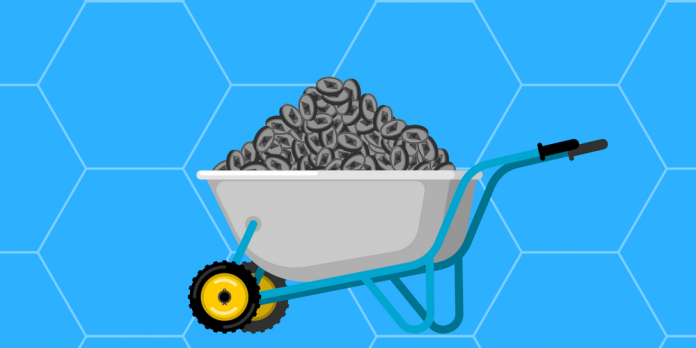 Ethereum developers are planning to introduce new strategies that will help in promoting the network of this currently third-largest cryptocurrency capitalization. They include a new and previously unknown to the public update, aimed at a more aggressive increase in the capabilities of the technology, writes CoinDesk .

The publication refers to the transcript of private meetings held during the recent Devcon4 conference in Prague. They discussed an update called ethereum 1x, which can be activated in June 2019.

The authenticity of the transcript was confirmed by one of the participants of the meeting, who wished not to give his name. According to him, this proposal is at a very early stage, and for this reason, it is not yet submitted for a broad discussion. Other developers have not responded to requests for comments.

In addition, on Friday, November 23, Gregubin, an EVM engineer, published an internal document containing the transcript of the meetings on Github .

Meanwhile, Parity developer Afri Shoedon claims that he was unaware of plans to implement such an upgrade.

How the hell did that happen? https://t.co/esouA5EDQ8

According to available information, Vitalik Buterin, founder of Consensys startup Joseph Lubin, as well as such well-known people in the Ethereum community, such as Lane Rettig, Peter Siladi, and Hudson Jameson, were present at one of the meetings.

As far as one can understand from the documents that have appeared, the Ethereum developers are under some pressure because they have to present the roadmap to the public in such a way as to justify the need for an accelerated upgrade. At the same time, when discussing it, updates were touched upon that were not previously associated with the Constantinople hard forks planned for 2019.

This includes, in particular, the potential replacement of the EVM (Ethereum virtual machine), which is responsible for processing the code of smart contracts. The possibility of introducing a “lease” – commissions for the storage of smart contracts and other small updates was also discussed. As for the lease, which is aimed at curbing the growth of the blockchain data, then, as Vitalik Buterin noted at one of the meetings, the introduction of such a mechanism would require “large-scale changes”.

Separate attention deserves precisely the very public discussion of the issue. So, if many developers are in favor of the importance of working in closed conditions, then Vitalik Buterin, for his part, is in favor of publicity, noting that “institutional calls are inconvenient for him and he is absolutely against closed forums”.

Meanwhile, Afri Shoedon of Parity continued today with his tweets about the pop-up information, writing that he was completely disappointed that such secret meetings had taken place.