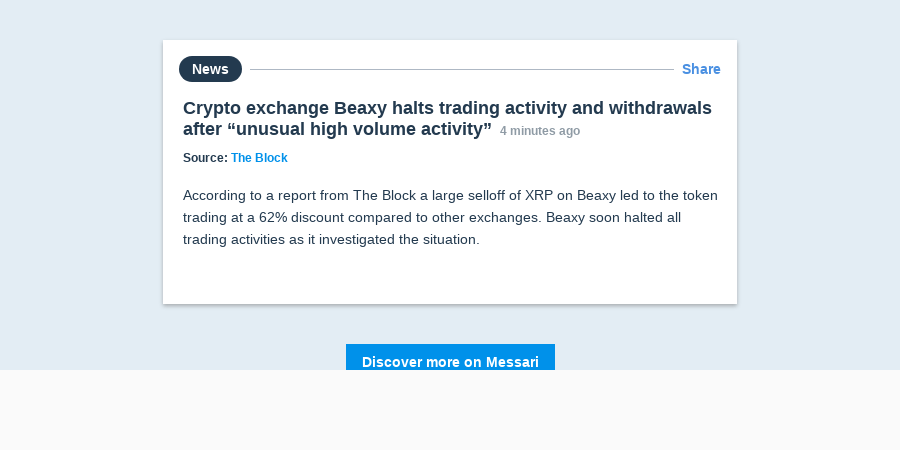 The recently launched Beaxy cryptocurrency exchange was forced to suspend trading and withdraw funds from the platform due to "unusually high trading activity in the XRP / BTC pair." Later, representatives of the exchange reported that trade problems were provoked by the partial payment vulnerability.

Quick update. Exchanges were targeted with an $ XRP partial payment exploit today. Beaxy was also targeted in this. We've identified and applied a fix. To move forward, we are rolling back relevant trades on the exchange to the moment it was identified.

So, on Monday, August 12, a major sale of XRP was carried out on Beaxy, as a result of which the price of the token on the exchange fell by 40% compared to other trading platforms.

Beaxy later reported that attackers took advantage of the partial payment vulnerability. The team was also able to identify the perpetrators of the incident thanks to data obtained during the KYC procedures.

Trading activity on the exchange will be suspended for the duration of the elimination of the consequences of the attack. Representatives of Beaxy also promised to reimburse users of the funds appropriated by fraudsters.

Recall that earlier the partial payment vulnerability allowed an attacker to withdraw 7 million XRP from the BitoPro exchange.