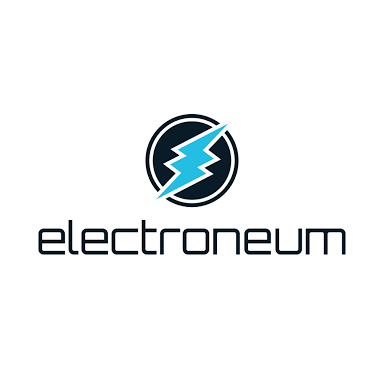 The price of Electroneum (ETN) cryptocurrency, which is focused on the use of mobile devices, has increased by more than 25%. This growth has been observed since last Friday, when the project developers announced that Electroneum was the first cryptocurrency in the world to implement the KYC procedure. It is also worth noting that since mid-September this altcoin has grown by 360%. 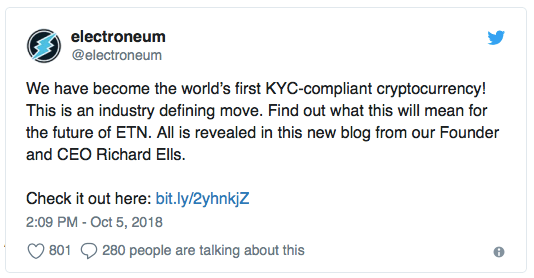 According to the statement, Electroneum seeks to become a stand-alone payment platform, similar to PayPal or Venmo. To this end, Electroneum introduced a new KYC system, where “each user is identified based on the amount of digital currency ETN in his wallet”.

As part of this process, Electroneum collaborates with Yoti, a digital identification application that will help simplify KYC operations with a fast and reliable verification system. Starting November 12th, all users must comply with the new KYC standards. 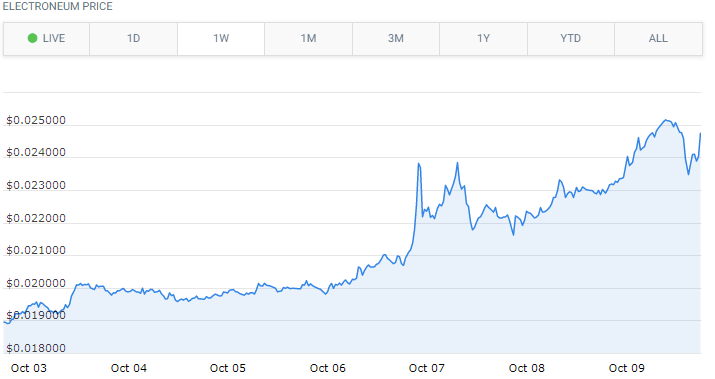 As a result of the announcement, ETN's market capitalization surpassed $ 200 million. Currently, Electroneum cryptocurrency is ranked 41st in the AltDex 100 Index (ALT100).

And what do you think about Electroneum (ETN) cryptocurrency?