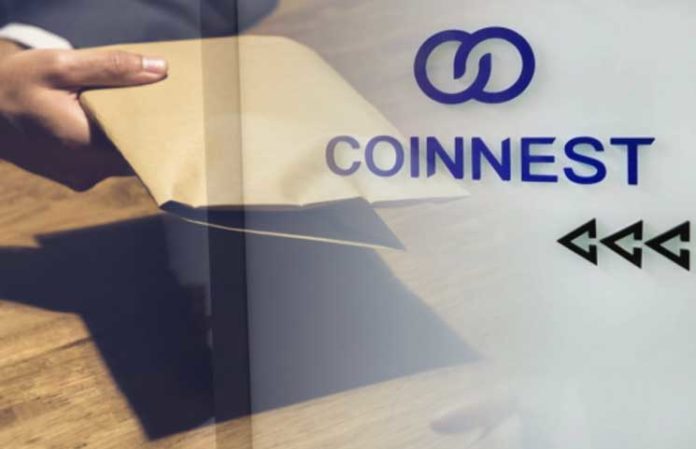 Prosecutors of the Southern District of Seoul accused two executives of the South Korean exchange Coinnest of taking bribes in exchange for a coin listing. This is written by Bitcoin.com with reference to local media.

According to local media resources, executive and operational directors of Coinnest's crypto-exchange were given bribes totaling 1 billion yen (approximately $ 890,000). The main crypto currency, figuring in the case, was bitcoin.

The bribe was transferred by representatives of the project, wishing to "push through" the Coinnest listing of the so-called S-coin. The project director was also charged.

It is known that the first part of the bribe, in the amount of $ 771.2 thousand representatives of Coinnest received in the period from 5 to 6 February. Later on, 2 million S-coin coins worth $ 125,500 were transferred to their account.

According to the accusing party, the fact of receiving a bribe from Coinnest is reinforced by the lack of procedures for studying the technical features of S-coin before its inclusion in the listing.

The incident with S-coin did not become the first for Coinnest. In April 2018, the representatives of the exchange were accused of "breaking the law on special economic crimes, including fraud." The reason was the alleged sale of non-existent coins.

Earlier, according to the results of the inspection of all the South Korean currency-exchange exchanges, it was revealed that the regulators' requirements exceeded half of the existing sites. Among them was Coinnest.