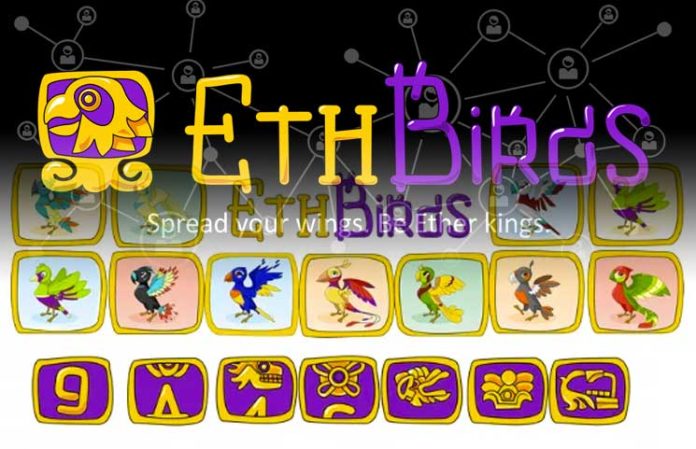 The SEC case against the decentralized stock exchange of EtherDelta of November 8 stirred up a crypto-community, because with many illusions that the US authorities "just merely reflect on the cryptocurrency phenomenon, but do not intend to impose serious restrictions on it", perhaps they will have to part.

A recent statement by the founder of Australian CoinJar cryptoblog Escher Teng that “in the US, blockchain projects are designed in such a way that they do not allow the American government to interfere in their activities,” then looks naive.

Indeed, the US Securities and Exchange Commission, within the powers vested in it, reported on the establishment of administrative proceedings in relation to the EtherDelta trading platform, which positions itself as a decentralized platform.

Decentralization – a means, not a goal

You can have a long discussion about how decentralized EtherDelta is, but you should agree with the head of the Binance Exchange, Changpen Zhao, who believes that decentralization is not a goal, but a means that is designed to ensure the development of the basic principles on which the blockchain and cryptocurrency are based .

In addition, planning to open a decentralized platform in the plus to centralized Binance, Zhao rightly notes that "100% decentralization cannot be achieved in principle."

This is an important point, because from the point of view of the SEC, EtherDelta is just a decentralized platform, but if it were the same as the “obedient” Coinbase , this would not guarantee the absence of complaints from the regulator.

SEC explains nothing and blames

SEC's claims are not obvious: the founder of the cryptobay Zacharia Coburn, who opened it three years ago, was not related to her operating activities, but it was the investigation that was carried out against him.

The regulator found out that any tokens of the ERC-20 class were traded on the site, and the US securities law was violated: the SEC did not clarify exactly what tokens it considered to be securities, were the conclusions confirmed by the successful completion of the Howey test, which is used as a “litmus test” to determine whether a particular asset traded in the financial market is a security.

After talking with SEC officials, Koburn, formally admitting no guilt, agreed to pay $ 300,000 to the US budget as compensation for “illegally obtained profits”, plus accrued interest of ($ 13,000) and, finally, a $ 75,000 fine. Total payments turned out to be almost 12 times higher than the average annual median wage in the American economy ($ 32,423), but it could be higher if Coburn persisted.

The owner of cryptobirds, which does not charge a commission for operations, sought to save his project, which continues to work. But what do the SEC claims mean? Given that there is case law in the United States, in the near future we will see dozens of such administrative cases.

IMF Financial Innovation Advisor Marco Sentori believes that it is very important to “read between the lines” the charges against EtherDelta. He points out that the crypto-exchange was sold to new owners, not US citizens, and “huge” amounts for payment were issued to Coburn. He also asks a rhetorical question: “And how many of the 3.6 million transactions with tokens really violated American laws?” Sentori points out that the official document does not give a single example of an illegal transaction.

Summarizing, Santori sees a big risk that, with this approach, the SEC has the ability to close any cryptocurrency platform, and in the case of decentralized platforms it is not at all clear what claims they may have, since any restrictions on listing tokens are one step in away from the principle of decentralization, even if the head of such kriptobirzhi as Polybird, Harish Gupta, does not notice that says the "built" in his organization "wall of China", which gives users the opportunity to trade only in that time esheno in the country, which they are citizens.

Speaking about the EtherDelta case, Washington lawyer Jake Cervinski draws attention to the fact that it is “an excellent source of funds for ICO teams”, besides, the regulator unexpectedly emphasized “a convenient user interface at the site”, however he expects to continue there will be more such processes for any type of cryptobirth :

“SEC goes according to the same scheme: let's start first with a simple guy and his cryptobirds, and then finally look at the large centralized sites, which, we think, are fine; moreover, the regulator will strive to reach out to foreign crypto-burg. ”

His colleague, Larry Kermak, agrees with him, arguing that the SEC will set itself such a task, but it will not be easy to fulfill it. Chervinski also notes that "decentralization protects software well, but not developers who also need adequate protection."

New York analyst Nathaniel Vittemore believes that such actions by the SEC will lead to the fact that "more and more founders of decentralized trading platforms, like other cryptocurrency projects, will prefer to remain anonymous."

A colleague of Wittemore, Katerina Wu, adds that “my assessment of further developments is not super-positive.” She believes that all decentralized sites, in accordance with the SEC interpretation of US law, will need to receive the status of a brokerage company, that is, pass the appropriate licensing.

“The easiest conclusion” of the situation with EtherDelta?

If Wu considers this unfair, then crypto-enthusiast Anthony Pompiano, who since July became a partner of the investment company Morgan Creek Capital, insists that without compliance with the legislation on securities, cryptocurrency will not be able to "quickly develop and have a transformative effect."

His opinion is supported by lawyer Stephen Palley, who believes that you should not hide from the SEC if you trade securities, but need to follow all the instructions, and that this is “the simplest conclusion of the situation with EtherDelta”.

Crypto-analyst James Spediacci, on the contrary, says that you need to see significant advantages for the security of cryptocurrencies that decentralized trading decisions have and should be appreciated for not creating restrictions on launching and trading tokens , and he believes that they should not in any way engage in the provision of custodial services, that is, the storage of private keys. He also suggests thinking about how to make such platforms “sustainable” in the face of such biased “harassment” by the SEC.

The attack on cryptocurrencies on all fronts

Unfortunately, recently it seems that the US authorities have "launched an offensive" against cryptocurrencies. For example, the local Securities Commission in Colorado sent a “hello” to newly elected governor Jared Polis, a well – known supporter of cryptocurrency, announcing the forced termination of preparations for the launch of four ICOs because the agency had already seen securities in the unappeared tokens. In Texas, colleagues of Colorado officials stopped the mining company AWS Mining PTY LTD, accusing it of "selling unregistered securities."

What is happening in the United States found a response from BaFin’s financial regulator in Germany, who decided to “limit securities trading” by the British cryptocurrency organization Finatex Ltd., showing that Europeans, like the Americans, are ready to use the extraterritorial principle of law enforcement.

The fact that strong states will use this principle in pursuing and striving to close decentralized cryptobirds, wherever they are, is confirmed by computer security expert Bill Barhidt.

As a US citizen, and arguing that decentralized solutions are becoming the basis for cryptocurrency banks that are replacing traditional lending solutions, he makes the reservation that such initiatives by American cryptocurrency teams will work in all countries of the world “except for those countries that are under action OFAC sanctions, the US Treasury division ", thus making it clear that these countries end kriptovalyutnaya freedom to determine the political attitude to Washington rugim States.

Departure from decentralization threatens the backwardness of the economy

Be that as it may, it is obvious that decentralized solutions on the blockchain are what will exist as the Internet, which cannot be closed, and an attempt to isolate oneself from it would mean a deepening of economic backwardness — something that people began to understand even in North Korea, gradually opening up country "global web".

Attempts by the SEC to sabotage the activity of cryptocurrency platforms based on the non-public interpretation of US securities laws create problems not only for these platforms, but also for the American economy as a whole.

Each such SEC decision, as adopted by EtherDelta, is another incentive for an outflow of investments from the US cryptocurrency industry into this industry in other countries. These and other changes in the behavior of US regulators, such as, for example, FCC, who gave up the principle of neutrality, poses a threat to ensure that "everyone who has a computer and wants to do, he could have a chance to earn billions of dollars for their inventions," what worries one of the creators of the Reddit social network, Alexis Ohanian.

Unfortunately, at the level of large international financial organizations, such as the IMF and the Bank for International Settlements, a repressive approach to new financial technologies also prevails. Hence the harsh comments of Robert Cohen, head of the new SEC cybersecurity unit, when he wants to emphasize that there is nothing special about decentralized approaches to asset trading, and most importantly, this is trade.

Such solutions do not look well thought out, such as, for example, a very contradictory attempt to block the Telegram messenger in Russia. All participants kriptovalyutnogo market to look for common points to eventually blokcheyn cryptocurrency and realize their full potential, which allows both marks one of the founders Ethereum Joseph Lubin, "to raise the level of welfare in society."

At the same time, the desire of the crypto community to “see the growth of the cryptocurrency market at any cost” should not lead to the loss of the main meanings, for which blockchains and cryptocurrencies emerged, as John McAfee reminds of .