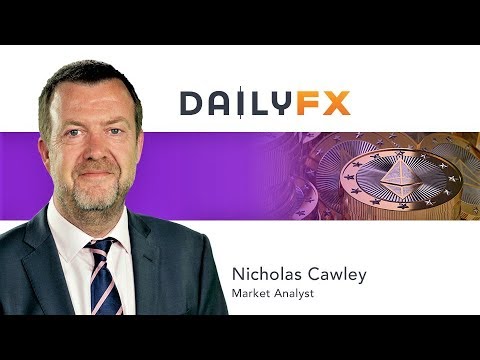 In the traditional Sunday review of BlockchainJournal – the collapse of the cryptocurrency market, the secret activity of the Ethereum developers, the transfer of the launch of the Bakkt platform and other events of the outgoing week.

Already at the beginning of the week, November 19, the price of Bitcoin updated the annual minimum, dropping below $ 5,000. The next day, the bears managed to derail the first cryptocurrency rate below $ 4,500, and the market capitalization reached the values ​​of October 2017.

After that, the lateral movement in the range of $ 4,200- $ 4,500 began, but hopes for a strong rebound did not materialize. On Saturday, November 24, the price broke through another psychological level at $ 4,000 and failed to $ 3,600, from where a slight upward correction is observed.

Note that the bitcoin network hash rate followed the price, having dropped to 35 EH / s, but then returned to the mark of 47 EH / s. At the same time, the founder of F2Pool said that the collapse at the beginning of the week forced the pool users to shut down tens of thousands of devices.

On November 20, BlockchainJournal launched an online stream, collecting all the opinions, estimates and forecasts of industry representatives on further price movements of the first cryptocurrency.

If you want to join the discussion, add the hashtag #cryptocarnage to your posts in social networks. https://t.co/Jl6dj5DyZB pic.twitter.com/xOZtaLM3v7

We also discussed the downward dynamics of Bitcoin and hardfork Bitcoin Cash with the regular guest of the “Weather Forecast” column by well-known trader Ton Weiss.

Not pleased with the news and blockchain-start-up Chainalysis, analysts who found that the volume of transactions of payment Bitcoin processing decreased by about 80% in the period from December last year to September of this.

It is noteworthy that, against the background of a deep collapse, the number of search queries for the word “bitcoin” increased by 30%, reaching the figures for April. An interesting opinion was also expressed by the founder of the venture capital firm Morgan Creek, Anthony Pompiano,

“The current bear market will become even worse for cryptocurrency funds and ICO projects. The situation will worsen much more before the white line comes. And that's fine. The bear market is throwing tourists out of the game, leaving only true entrepreneurs who can create lasting value. ”

Meanwhile, over the past seven days, the amount of transmitted Lightning-channels in the network Bitcoin funds increased almost threefold, reaching 445,8 BTC [24 November].

This week, representatives of the Bakkt currency marketplace from Intercontinental Exchange reported that the launch was postponed to January 24, 2019 due to the “level of interest” to the company and “the work that needs to be done to put all the elements together.” The first products of the platform should be Bitcoin futures contracts with physical delivery of the asset.

We emphasize that the investment company VanEck, which for a long time has been trying to get approval for the opening of Bitcoin-ETF, will launch the MVIS Bitcoin US OTC Spot Index, data from OTC platforms for which will be provided by Genesis Trading, Cumberland and Circle Trade dealers.

November 22, it became known that the trustee terminated the existence of the Mt. Gox Nobuaki Kobayashi will try to convince the court to extend the deadline for accepting applications from affected investors until December 26, 2018.

This week, OKEx and Kraken added support for the newly created fork of Bitcoin SV, the coin also appeared on CoinMarketCap, and Poloniex opened asset I / O. Nevertheless, on November 19, the Bitcoin SV network was attacked by reorganization.

In the alternative implementation of the Bitcoin ABC protocol, the developers added protection against such an attack and ensured the irreversibility of transactions.

The Bitcoin ABC coin, which became a kind of successor to Bitcoin Cash, was also added to the Ledger hardware wallets. We add that the popular Hong Kong Bitfinex exchange opened the I / O of BAB coins, however, the corresponding operations for BSV will be available a little later.

Recall that Bitcoin ABC and Bitcoin SV were formed as a result of hardfork in the Bitcoin Cash network, held on November 15.

The supplier of dApp solutions, Level K, revealed the details of the vulnerability in the Ethereum network, which made it possible to wipe out the cryptocurrency exchanges through the “wrecking vector attack” and enrich themselves by minting the tokens GasToken.

The “sabotage vector” exploited the possibility of random calculations by the address to which Ethereum coins were sent, at the expense of the transaction initiator. The vulnerability also applies to all tokens of the ERC-721 and ERC-20 standard.

This week it became known about the update called ethereum 1x, which the developers of Ethereum in the person of Vitalik Buterin, Lane Rettig, Peter Siladia, Hudson Jameson and the founder of ConsenSys startup Joseph Lubin were allegedly discussed at private meetings on the sidelines of the Devcon4 conference.

ethereum 1x suggests an aggressive increase in technology capabilities, including the replacement of the Ethereum virtual machine, the introduction of storage fees for smart contracts, and other small updates that are not represented in the hardfork code of Constantinople.

The American division of the international company Grant Thornton International conducted an audit of the banking reserves of the Bitcoin startup Circle, confirming that the stablecock USDC is fully provided with fiat US dollars.

According to Grant Thornton, Circle’s financial audit was conducted in accordance with the certification standards set by the American Institute of Certified Public Accountants (AICPA).

The decision is due to the fact that the persons registering the domains did not confirm the authenticity of the provided contact information, which is a violation of the DNC policy.