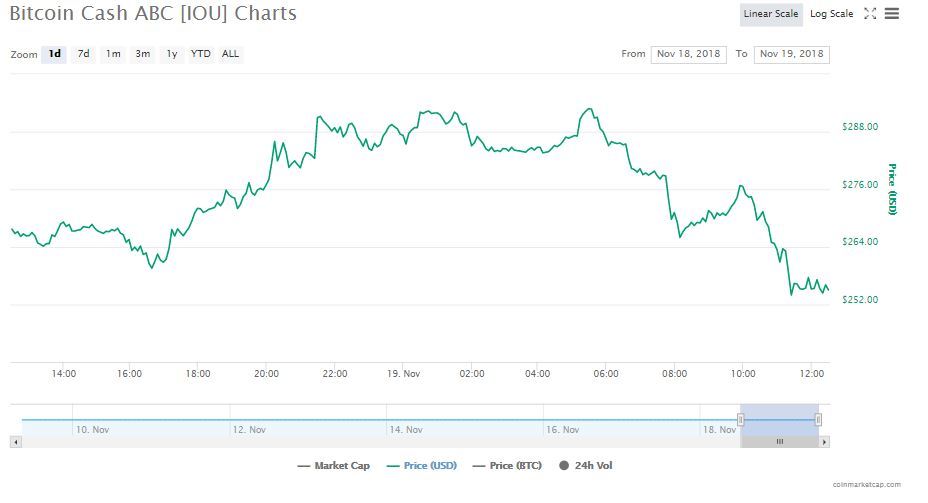 Operators of CoinMarketCap, an analytical portal dedicated to Bitcoin and another 2,000 different altcoins, have announced the addition of the BCHSV, a coin that appeared as a result of the Bitcoin Cash fork.

Hello, BCHSV can be found here: https://t.co/ehO4AnELNP Thank you.

Recall that Bitcoin Cash itself is a fork of the main chain of Bitcoin, taking its own way on August 1, 2017.

Later, the developers of Bitcoin Cash came to the decision to conduct regular updates of the network every six months. But, if the first of them went as a whole smoothly, the second has already caused controversy.

As a result, after hardfork on November 15, the Bitcoin Cash network was divided into two chains – Bitcoin ABC and Bitcoin SV. This is the second chain now added CoinMarketCap.

At the same time, the CoinMarketCap website changed the text regarding Bitcoin Cash: it says that the Bitcoin ABC chain now displays what was previously known as BCH and that this was done because most exchanges made this decision.

According to the new data, Bitcoin Cash SV currently occupies 1733rd place, the capitalization is not specified, the daily trading volume is set at $ 132 million, and the coin is trading at about $ 53.

Bitcoin Cash is still displayed as BCH and also ranks 4th by capitalization ($ 4.17 billion), trading in the $ 238 area.