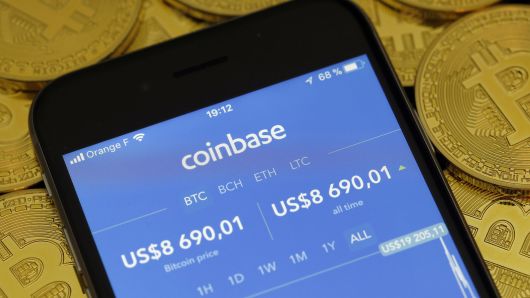 Ren Cry Nuner, host of Crypto Trader on CNBC Africa, on his October 25 tweet states that Coinbase , the exchange and cryptocurrency wallet operator, is about to announce an IPO.

Neuer states that the details of Coinbase’s IPO will be revealed on October 26 in a live broadcast of its Crypto Trader show.

According to Newner, a cryptocurrency exchange from California in the last quarter received income of $ 90 million and plans to earn $ 450 million in the fourth quarter of 2018. 80% of revenue accounted for ordinary users, 15% – for institutional investors, and the origin of the remaining 5% was not disclosed.

Coinbase President Asif Hirji first hinted at an IPO at the end of 2017. Asked about the possibility of turning the company into a public one, he said:

This is certainly in the interests of our investors. The most obvious way for Coinbase is to become a public company at some point, although there is still a lot to do.

In early October, the Recode technology edition, citing unnamed sources, estimated Coinbase at $ 8 billion. The publication also stated that the company was in talks with Tiger Global about an investment of up to $ 500 million.