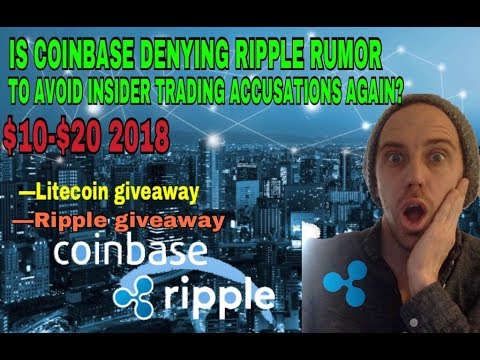 Representatives of the American company Coinbase deny the accusations of the Attorney General of the State of New York, according to which their account accounts for about 20% of the total number of transactions platform.

Correcting the record: Coinbase does not engage in proprietary trading. https://t.co/Qhyxy6U5Tf

"High turnover of their own trade raises questions about the risks that customers may face," the ministry said.

Head of the legal department of Coinbase Mike Lempres stressed that the prosecutor general's accusations are groundless. He also added that a number of media incorrectly interprets the company's data voluntarily provided to the agency.

"When Coinbase conducts transactions, we work on behalf of customers, not the site itself ," he said.

Lempres added that Coinbase welcomes control and will continue to work with regulators to promote the crypto-currency ecosystem.

Note that some users reported the inaccessibility of the blog site of the company.

Let's remind, the State Office of Public Prosecutor of the State of New York has transferred the information on Binance, Geta, io and Kraken in Management of financial services of New York (NYDFS). These platforms previously refused to cooperate with the agency in the framework of the initiative to identify manipulation in virtual markets.