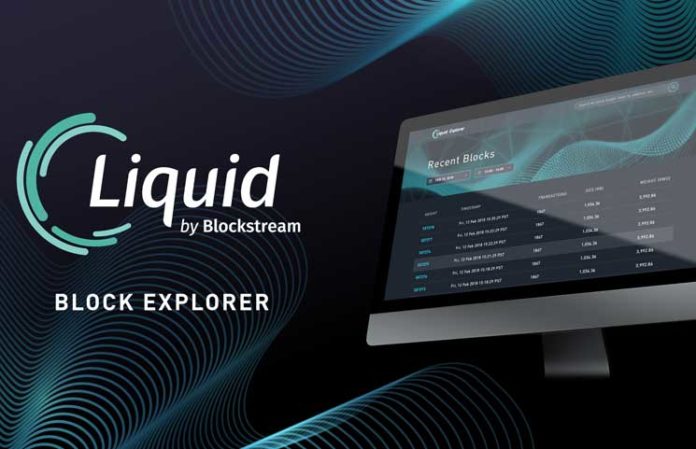 The developer of bitcoin and blockchain solutions, the Blockstream company, has launched a public launch of the blockstream.info block browser for the Bitcoin and sidechain network Liquid.

Initially, the developers planned to make the tool only for Liquid, but then decided to implement the solution for the Bitcoin network, adding native support for the SegWit protocol and the address format bech32. It is noteworthy that the block browser also supports bitcoin testnet.

At the same time, the tool is compatible with the Confidential Transactions in Liquid, and also allows you to track the Bitcoin addresses to which transactions in sidechain are tied.

Add that to enhance the privacy of users, developers have added support for Tor.

In addition, Blockstream introduced a client to run a full node on the Liquid network. Holders of such nodes will be able to issue their own assets [ Issued Assets ], send / receive them and exchange Liquid BTC (L-TBC).

No binaries & source code! The any user CAN now! Just the join the # P2P networks #LiquidNetwork by the operating a full node, in order to use the trustlessly #sidechain just like with the #Bitcoin #blockchain . ⛓️🌊🔐💎 https://t.co/NInYLzrRVI pic.twitter.com/8TQLkRA51Z

Recall, Blockstream announced the launch of the browser block in early August, and the release of the sidechain Liquid took place on 10 October.